A spokesperson for the Green Party said some progress was made and described the meeting as a ‘good one’.

The proposal will be brought to Cabinet tomorrow.

The precise nature of the inquiry will be set out by the Government tomorrow following the Cabinet meeting.

Speaking on RTÉ's Morning Ireland, Senator Boyle said the structure and length of the inquiry still had to be decided.

Opposition parties have said it is essential the inquiry should hold bankers to account in public to restore confidence in the banking system.

Government Chief Whip Pat Carey said yesterday that the hearings of an inquiry into the crisis could be held in private initially to gather evidence.

He said the Government is not excluding public hearings at a later stage and added that it is important the Dáil would ultimately discuss the collapse. 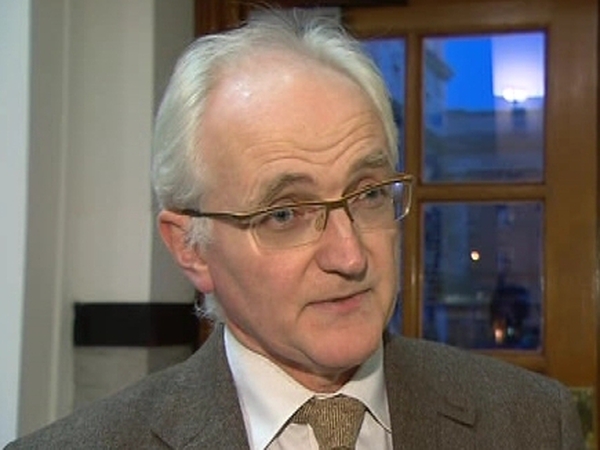