Aid agencies and charities have launched emergency appeals to help tens of thousands of people left wounded and homeless by the earthquake in Haiti.

Mr Ban said: 'We are facing a major humanitarian emergency and a major relief effort will be required. Basic services such as water, electricity, have collapsed almost entirely.'

Thousands of people are feared dead following the massive earthquake in the Caribbean state.

Many more are believed to be buried beneath debris following the quake that measured 7.0 on the Richter scale, the most powerful to hit Haiti in more than 200 years according to the US Geological Survey.

Power supplies and communications have also been disrupted.

The epicentre of the earthquake was only 16km from the country's capital of Port-au-Prince and destroyed many buildings, including the headquarters of the UN Stabilisation Mission and the presidential palace.

Up to 14 bodies have been found in the wreckage of the UN building and more than 100 staff members are still missing. Among those thought to have died is UN special envoy to Haiti Hedi Annabi.

Brazil's military has said that at least 11 of its UN peacekeepers have been killed. Some 9,000 UN police and troops are stationed there to maintain order and many other countries are trying to determine the welfare of their personnel.

Haiti is the poorest country in the Western Hemisphere and has a history of destructive natural disasters.

Haitian emergency services have appealed to the international community for vital aid following the earthquake.

The Department of Foreign Affairs says it has now accounted for the 18 Irish citizens in Haiti.

The European Commission released €3m in emergency aid and expected to do more once an EU expert is able to report back with a clearer picture of needs.

Concern Worldwide, which has been working in Haiti since 1994, has launched an emergency appeal following the earthquake.

GOAL has allocated €250,000 from its emergency fund as an immediate response and is accepting donations from the public. Call 01-2809779 or visit GOAL.ie.

UNICEF Ireland launched an emergency appeal this morning for the children of Haiti. Donations can be made securely at UNICEF.ie or by calling 01-8783000.

Médecins Sans Frontières says around 70 more international staff are expected to arrive in the coming days. MSF says it is sending out a 100-bed hospital, with an inflatable surgical unit.

The World Bank is to provide $100m in emergency aid to the devastated country.

US President Barack Obama said his 'thoughts and prayers' were with the people of Haiti. He has directed his administration to provide swift, coordinated aid effort to Haiti to save lives and help the injured.

Britain is flying a humanitarian assessment team to Haiti today, saying it is 'deeply concerned' by the earthquake, while France is also assessing the country's aid needs. 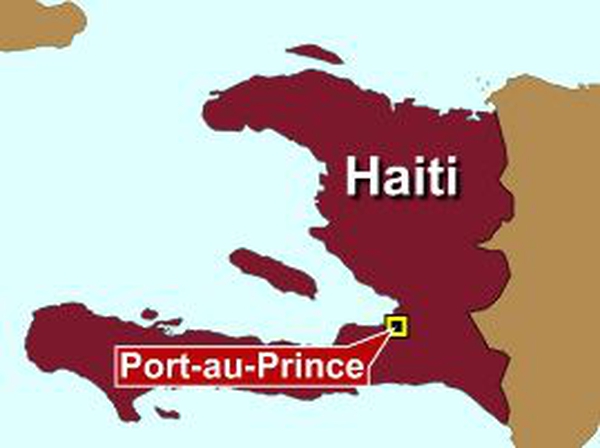