The Minister for Foreign Affairs and the Northern Ireland Secretary tonight said they are hopeful that the Democratic Unionist Party and Sinn Féin will overcome their difficulties and that the power-sharing administration at Stormont will survive.

Micheál Martin and Shaun Woodward made their comments after they met for over two hours at Hillsborough.

The two main parties are at loggerheads about the devolution of justice and policing.

But tonight Minister Martin said the two governments are urging the parties to work towards the resolution of all their political differences, especially the devolution of justice and policing.

The Secretary of State for Northern Ireland, Shaun Woodward, said he talked with Sinn Féin's Martin Mc Guinness and he struck him as someone who ‘wants to find solutions, not cause problems.’ 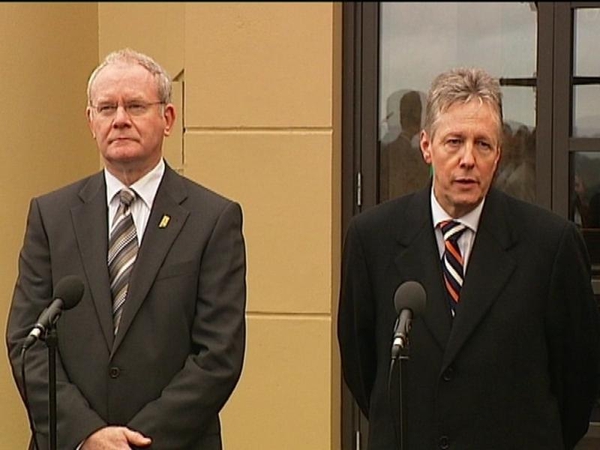