Minister for Social & Family Affairs Mary Hanafin has said there are no plans to make any changes to lone parent payments in the immediate future.

Speaking earlier she said the Government will examine the issue of payments to lone parents from the perspective of social policy.

She added that any changes would come in three to four years.

Minister Hanafin said there were three main reasons to consider changes: she said the child of a lone parent is four times more likely to be in poverty than any other family; the lone parent is more unlikely to participate in full employment because of her dependency on social welfare; and because a lone parent cannot be cohabiting with a partner while getting the payments, they are unlikely to engage in stable relationships or in marriage.

In Ireland the lone parent payments continue until the child is aged 22, if the child is in full-time education.

This is out of line with many other countries, some of which end the payment when the child is aged five or seven.

Ms Hanafin said there were thousands of lone parents who were not dependant on social welfare and who are fully employed.

She said there are about 90,000 people, mostly young women, who are getting the one family parent payment.

Lone parents get an annual payment of around €12,000, but could also get rent supplement and family income supplement, according to the minister.

The Government spends €2bn on the total payments to lone parents, she added. 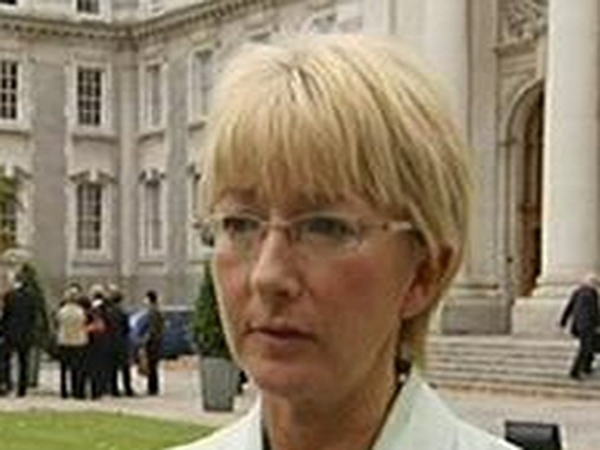 Lone parents may have to seek work