The United States, China, Indian and Brazil have reached an agreement on emissions and finance; those countries are also party to a text agreed by 28 leaders.

It is now expected that some of these agreements will be reformulated into proposals which will be presented into the 194 delegations attending these climate talks.

The mood in Copenhagen is still confused. The EU is meeting but a spokeswoman gave this downbeat assessment: ‘What could be agreed, falls far below our expectations. But it keeps our goals alive.’

China's top climate negotiator said it was a positive result and that all should be happy while US President Barack Obama described it as a foundation for fighting climate change in the future.

Campaigners have excoriated the deal: Friends of the Earth said it was a disaster; Greenpeace said the city of Copenhagen is a crime scene, with the guilty men and women fleeing to the airport.

The big question tonight is what proposals will be brought to the plenary. Because what seems to be on offer would have little chance of being passed by a majority of nations.

Minister for Environment John Gormley has described the deal as 'underwhelming'.

He said its only advantage is that it keeps the process on track to the next summit in Mexico next November. 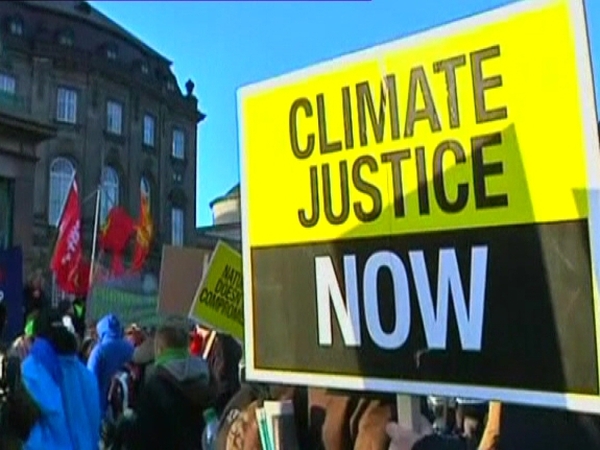