At least 12 people have been killed and 18 others injured in an explosion near military installations in the eastern Pakistan city of Multan.

Emergency services official Dr Kaleem Ullah said: 'We have recovered 12 dead bodies and more than 18 injured. Most of the dead are civilians.

'There were also some security men among the dead. This building belongs to the army. It's badly damaged.'

Multan's police chief Saood Aziz said that the explosives appeared to have been planted in a small pick-up truck. 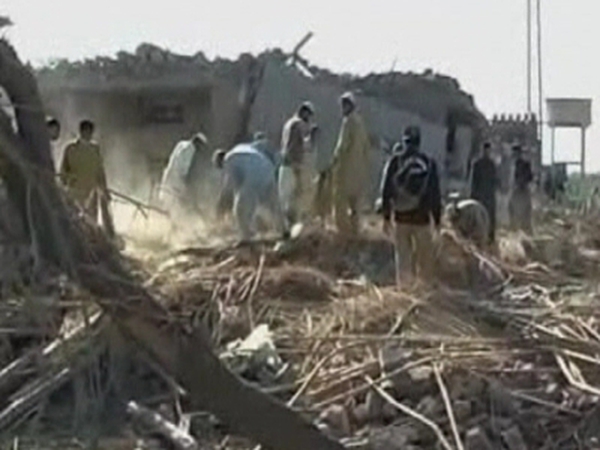