Archbishop of Dublin Diarmuid Martin has said no words of apology will ever be sufficient to the victims of child abuse.

Speaking after the publication of the report of the Commission of Investigation into the Catholic Archdiocese of Dublin, he said that the report highlights devastating failings of the past, and that 'there is no room for revisionism regarding the norms and procedures in place'.

He admitted that the report highlighted the 'devastating failings' of the church in the past.

He said the sexual abuse of a child is, and always was, a crime in civil law, canon law and was 'grievously sinful'.

'The survivors of abuse deserve our recognition and admiration’.

Archbishop Martin said that he 'offers to each and every survivor my apology, sorrow and shame. The fact that the abusers were priests constitute an affront to the priesthood.

'No words of apology will ever be sufficient.'

Later, Dr Martin also said that he is very concerned about the adequacy of the legal framework surrounding the protection of children.

Dr Martin said the report made reference to this inadequacy and clarity is needed on it.

He said the only answer we have from Government is that the Attorney General is still looking at it.

Dr Martin said no matter how many times he read report, he came away shocked.

He expressed his admiration for survivors, whose determination, he said, had brought us to where we are today and who have done a service to the state and church.

He said there are new norms in place which do require people to really commit themselves, although he expressed surprise at articles in a number of religious press saying we should take a step backwards.

He said anyone who doesn't comply with the new norms should be shown zero tolerance.

Catholic Primate Cardinal Sean Brady has said he is deeply ashamed, shocked and saddened by the contents of the report into clerical sex abuse.

Speaking in Armagh the cardinal also said he wanted to apologise to the people who suffered sexual abuse and to their families for the fact that the cover up of the abuse by the church was allowed to happen.

Cardinal Brady said he realised that the safety of children had taken second place in some instances to the need to protect the position of the church.

He said the church had taken and will continue to make every effort to ensure that children in the future will be safe.

Minister for Justice Dermot Ahern earlier questioned how any member of the Catholic Church would be allowed to put some clergy beyond the reach of the law.

Mr Ahern said the bottom line is 'a collar will not protect the criminal.'

He said that on a human level, as a father and a member of the community, he felt a growing sense of revulsion and anger at the horrible evil acts committed against children.

'The persons who committed these dreadful crimes - no matter when they happened - will continue to be pursued.

'They must come to know that there is no hiding place. That justice - even where it may have been delayed - will not be denied.

'It is not now - nor has it ever been - acceptable that institutions behave or are treated as being above the law of the State.

The Dublin Rape Crisis Centre welcomed the report, saying it was ‘another acknowledgment of the abject failure of our society to take care of our children’.

Chief Executive Ellen O’Malley-Dunlop said there is now an opportunity to ensure these atrocities will never happen again.

A spokesperson said the report was 'a shocking indictment' of the Catholic Church and the civil authorities, and shows clearly that many children were sexually abused because people who had full knowledge acted to protect the Catholic Church.

The Garda Commissioner said the Report was an ‘important chronicle of events within the Dublin Archdiocese over a 40-year period.’

Fachtna Murphy stated it made for ‘difficult and disturbing reading, detailing as it does many instances of sexual abuse and failure on the part of both Church and State authorities to protect victims’.

Commissioner Murphy apologised to victims who did not receive the level of response and protection they were entitled to.

Collusion of State and Church

The Irish Society for the Prevention of Cruelty to Children (ISPCC) expressed concern and frustration at the findings.

It said that it must be remembered that there is no obligation on staff and volunteers to follow child protection guidelines, and that many guidelines had still not been fully implemented across the country.

Barnardos also welcomed the report, particularly the report's inclusion of strong and unequivocal statements regarding the collusion of State and Church authorities to protect institutions to the detriment of the protection of children.

The Conference of Religious of Ireland (CORI) said it wished to acknowledge the litany of shameful abuse of young children by priests.

‘This report, coming so soon after the Ryan Report, raises very serious questions for all of us in religious life,' said CORI Director General Sr Marianne O' Connor.

‘So many children have suffered and it is very clear that not enough was done to protect them or to deal with the abusers, when knowledge was to hand.' 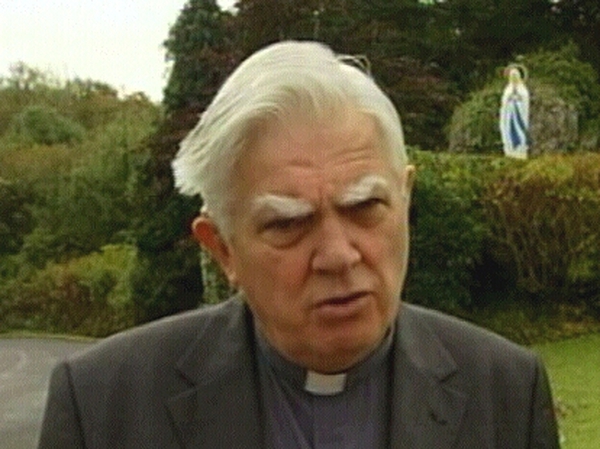