The report of the Commission of Investigation into the Catholic Archdiocese of Dublin has said it has no doubt that clerical child abuse was covered up by the Archdiocese and other church authorities.

The report accuses gardaí of connivance with the Church in effectively stifling one complaint, and allowing the perpetrator to leave the country.

The three-volume report, covering a period of abuse from the period 1975 to 2004, was published this afternoon by Minister for Justice Dermot Ahern.

Read remarks made by Mr Ahern.

The report details a litany of abuse perpetrated by priests against more than 300 victims. It says that Archbishop Desmond Connell's strategies in refusing to admit liability often added to the hurt and grief of many victims of abuse.

The Commission of Investigation cost a total of €3.6m up to April of this year.

The report rubbishes the view put forward by the church that the abuse was hidden from view and somehow took church authorities by surprise.

It states that the vast majority of priests turned a blind eye to abuse although some did bring complaints to their superiors.

In June and July of 2009, just as it was finalising its work, the Commission became aware of additional information which it states may require further investigation and if necessary the preparation of a final report.

Last year, Cardinal Desmond Connell got an injunction against the commission preventing it from examining files.

He withdrew the High Court attemt 11 days later, amid speculation that he may have been persuaded by fellow clergy in retirement to hand over his problems to his successor.

Clerical abuse was covered up

The report states that the Commission has no doubt that clerical child abuse was covered up by the Archdiocese of Dublin and other church authorities.

It states that the structures and rules of the church facilitated that cover-up. It also says that State authorities facilitated the cover up by allowing the church to be beyond the reach of the law.

It claims that the welfare of children, which should have been the first priority, was not even a factor considered in the early days by State and church authorities.

The preservation of the good name, status and assets of church institutions was the first priority, according to the report, which states that priests were seen as the most important members of the institution.

The Commission says that it has identified 320 people who complained of child sexual abuse during the period 1975-2004.

It also states that since May 2004 130 complaints against priests operating in the Dublin Arch Diocese have been made.

The report details the cases of 46 priests guilty of abuse, as a representative sample of 102 priests within its remit.

The report strongly criticises gardaí. It states that senior members of the force regarded priests as being outside their remit and it claims there are examples of gardaí reporting abuse complaints to the Diocese rather than investigating them.

No direct evidence of paedophile ring

The report says it can find no direct evidence of a paedophile ring existing among priests in the Dublin Archdiocese although it says there were some worrying connections.

The report highlights the case of a Fr Carney and Fr McCarthy whom it claims in one case both abused the same child.

The abuse by Fr Carney often occurred at swimming pools sometimes when accompanied by another priest.

The report states that it was not until 1995 that the Archdiocese began to notify the civil authorities of complaints of clerical abuse.

The Commission concludes that in light of this and other facts every bishop's primary loyalty was to the church itself.

All the Archbishops of the Diocese in the period covered by the Commission were aware of some complaints, according to the report.

The move by the Archdiocese to take out insurance against potential compensation claims arising out of clerical abuse was according to the report an act of proving knowledge of child sexual abuse as a potential major cost to the Archdiocese.

The report running to hundreds of pages details particular priests and the litany of abuse perpetrated by them.

The HSE National Counselling Service has collaborated with the Dublin Rape Crisis Centre, the Church-funded Faoiseamh service, One-in-Four, Connect and the Samaritans to ensure that every caller affected by today's publication will be offered the service they feel is right for them. 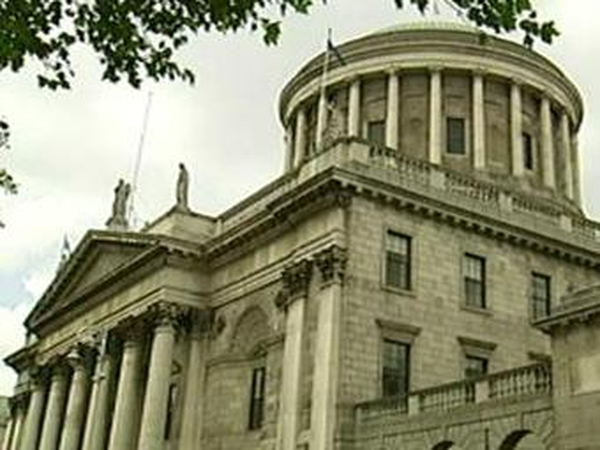