Two men have been executed in China for their roles in a contaminated milk powder scandal that led to the deaths of at least six infants.

Melamine is a toxic industrial compound that can give a fake positive on protein tests.

A total of 21 Sanlu executives were tried and sentenced in January by a court in the northern city of Shijiazhuang for their involvement in the case.

The official Xinhua news agency, citing a court statement, said Zhang Yujun was executed ‘for the crime of endangering public safety by dangerous means’, while Geng Jinping was convicted of producing and selling toxic food.

It said Zhang produced more than 770 tonnes of melamine-laced protein powder, of which he sold more than 600 tonnes, between July 2007 and August 2008.

However, the woman most widely blamed for the tragedy received a sentence of life in jail.

Many families of poisoned children had focused their anger on Sanlu's former general manager, Tian Wenhua, and said at the time they felt betrayed that she would not face execution.

Tian pleaded guilty late last year to charges that did not carry the death sentence.

Xinhua said she had lodged an appeal, but that it had been turned down by the court.

The case was the latest in a string of food safety failures, but the Sanlu milk scandal was also one of the worst and prompted an outpouring of public anger.

Sanlu officials were aware of the melamine problem by early August 2008 but the public was not warned until mid-September as China strove to put on a perfect face for the Beijing Olympics.

Melamine, which can cause kidney stones, is meant to be used in making plastics, fertilisers and even concrete. 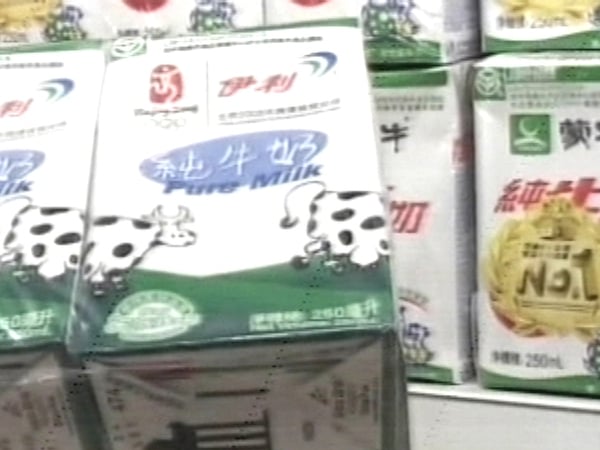