The Government has announced a €10m humanitarian fund to help those worst affected by the worst flooding on record in many parts of the country.

There will also be a further €2m provided for farmers.

Taoiseach Brian Cowen said the situation would be monitored on a daily basis to determine what further assisitance will be made available.

He was responding to questions in the Dáil from Fine Gael leader Enda Kenny, who described the recent flooding as 'horrendous'.

The Minister for Social and Community Affairs, Mary Hanfin, has said there will be some element of means testing in the distribution of monies from the Government's hardship fund.

The Minister said it was the Government's intention to have the money available as a soon as possible and avoid unnecessary bureaucracy.

She said Community Welfare Officers were best placed to assist the government in pinpointing those in most need and to identify areas of priority.

County councils in Galway, Roscommon and Leitrim have advised that motorists should not travel unless essential and should obey diversions and temporary road signs.

The warning comes as flooding is causing severe problems in parts of the Midlands, West and South, where hundreds of roads have been closed.

The Army has been called in to assist with efforts to tackle rising water levels in Athlone.

Around 30 Army personnel are now involved in assessment of the areas most at risk around the town and have distributed sandbags.

Some businesses and houses on the west side of Athlone are coming under increasing pressure from rising waters.

In Co Galway, where weather conditions have deteriorated, there have been more road closures; increased flooding and long delays for motorists forced to take detours.

Today has been the first day many families in rural areas have been able to get back to their flooded homes to assess the level of damage which has been caused.

A number of roads remain closed in Co Leitrim, where water levels are at their highest in ten years.

In the special Dáil debate on the flooding crisis, one junior minister called for an independent onquiry into water managment in Cork.

This special debate allowed TDs from the worst affected areas give their accounts of the hardship being faced by their constituents.

Cork Junior Minister Billy Kelleher said he did not want to get into the blame game but there had to be an independent enquiry into water management in the Lee area.

Fine Gael's Phil Hogan said the Government had no flood early warning system. Later Minister of State with special responsibility for the Office of Public Works Martin Mansergh said one was being costed.

The areas concerned are O'Briensbridge/Montpelier, Clonlara,
Castleconnell, Westbury and Shannon Banks. The emergency services are continuing to monitor the situation.

There has been further heavy rainfall in the area with more heavy rain forecast for the next few hours.

The ESB has said that it will not be increasing the release of water at Parteen Weir in Co Clare at all today.

A spokesperson said that the situation is being kept under constant review.

In Cork, all the main roads in the city are now clear but thousands of people are still without a water supply in their homes.

Officials from the European Commission are to travel to Ireland to assess the extent of damage caused by flooding.

Six Irish MEPs met with Europe's Regional Policy in Strasbourg this afternoon to make the case for financial assistance from the EU solidarity fund.

Speaking following the meeting, Commissioner Pawel Samecki said that if Ireland met the conditions set down, its application would be treated favourably.

If assistance is granted, money would be made available to refund the cost of repairs to infrastructure. 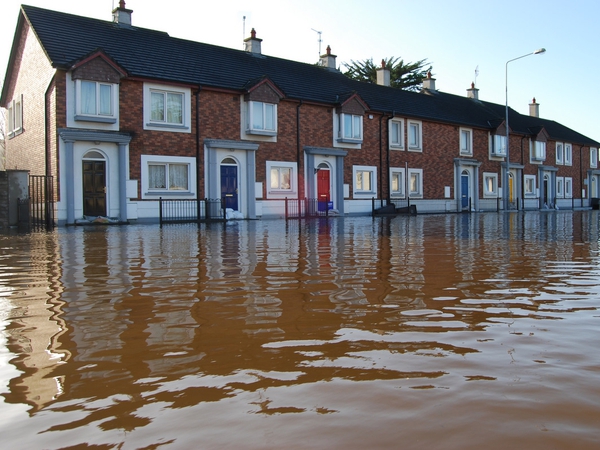