Public sector unions have confirmed that they will hold a second strike on 3 December, unless agreement is reached in negotiations with the Government.

Talks between the Government and public sector unions on cutting the State pay bill are to resume tomorrow afternoon.

Chairman of ICTU's Public Services Committee Peter McLoone acknowledged that temporary measures would have to taken to cut pay roll costs next year, because reforms were unlikely to deliver enough savings before 2011.

Mr McLoone said he believed it was possible to agree an alternative that would achieve the savings the Government requires in 2010.

The Minister for Finance, Brian Lenihan, told the Dáil that public servants enjoyed a job security and a guaranteed pension that was unique in the workforce at present.

Public sector unions say the Government has refused to engage with them on other ways of cutting the state pay and pensions bill by €1.3bn, without hitting pay, pensions or services.

Minister for Finance Brian Lenihan has called on public service unions to return to talks tomorrow.

And he repeated his disappointment that a protected group would withdraw their services at a time when the country is battling hard.

Earlier, Taoiseach Brian Cowen said he was disappointed there was a strike and that the issues involved will be the same tomorrow as they were today or yesterday.

Mr Cowen said the Government's objective was to reach agreement, but it had to face its responsibilities in terms of restoring balance to the public finances.

Thousands of workers picketed around the country, schools were closed and there was widespread disruption to many services, although public transport is running as normal.

From prison officers, to nurses, from local authority workers to civil servants - the public service essentially shut down for a day.

However, a number of unions deferred strike action in areas hit by the recent floods.

Emergency cover was in place in essential health services, though strike exemptions were granted to key areas, including palliative and intensive care.

Meanwhile, the Association of Garda Sergeants and Inspectors, which are forbidden by law to strike, issued a message of support for the unions and said it had instructed members not to make themselves available for overtime.

Primary school teachers protested at the Department of Education and Science.

A senior trade union leader has warned that there will be further conflict if the Government does not find innovative solutions to the financial crisis over a longer time frame.

General Secretary of the Civil and Public Services Union Blair Horan said that public servants had already taken a pay cut of 7% through the pension levy.

He said they could not afford a further 7% pay cut proposed by the Government.

Prison officers stopped work and picketed the country's prisons for an hour this morning and for another hour this afternoon.

However, the Prison Service says there was minimal disruption as prisoners were locked in their cells for the duration and sufficient cover has been provided.

The group that represents Army officers, RACO, say there is discernible frustration and anger in the Defence Forces over current cutbacks.

They say some soldiers are now being forced to draw the family income supplement and some junior officers with high mortgages are at the brink.

However, the Minister for Defence Willie O'Dea said that 40 people in the Defence Forces will shortly be promoted despite the embargo on promotions in the Public Service.

Sinn Féin TDs are to give up a day's pay after declining to pass pickets placed on Leinster House by public sector unions.

The party's Dáil leader Caoimghín Ó Caoláin denied that they were 'taking the day off', and said they were refusing to pass the pickets in solidarity with public sector workers.

He accused other TDs who are intending to cross the picket lines of being party to a 'sham' when they said they would tackle the Government on the pay issue.

Deputy Ó Caoláin said the only way to support the workers was not to pass the pickets.

Asked if the party members would be giving up their day's pay, he confirmed they would, and suggested the same question should be asked of TDs who did attend the Dáil for a ‘sham’ five minutes. 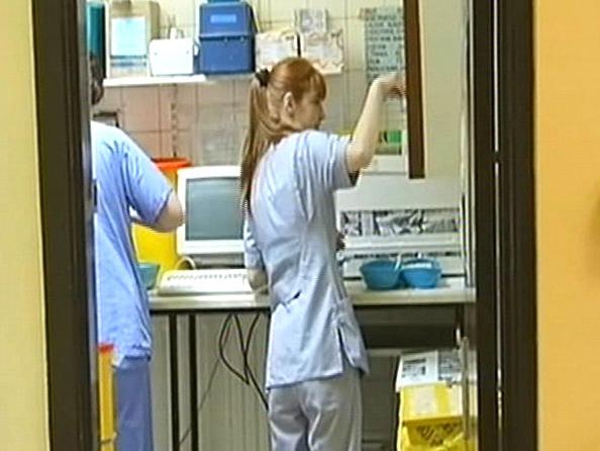