Relatives of the 104 people killed in a gas blast at a coal mine in northeast China have demanded answers from the owners.

China has the world's deadliest coal-mining industry with more than 3,000 people killed in mine floods, explosions, collapses and other accidents in 2008 alone.

Saturday's explosion at the mine in Hegang in the province of Heilongjiang occurred while more than 500 miners were underground, though most were rescued.

A dozen women, relatives of the dead, braved the freezing temperatures to take their complaints about a lack of information to the mine's entrance, where they argued and scuffled with police and mine security.

Some of the women were taken inside the mine compound, while others were put into a large white van.

Some relatives complained that nobody had told them anything, and that they could not reach local officials.

Police moved bystanders along, and formed a line with mine security guards inside the entrance to prevent unwanted visitors.

Men who declined to identify themselves also tried to stop reporters speaking to the women, putting their hands in front of cameras.

In 2007, after more than 180 miners died in a flooded coal mine in the northern province of Shandong, relatives stormed the offices of the company that operated the mine, smashing windows and accusing managers of not telling families what was happening.

Safety staff knew gas in the mine had reached dangerous levels and were rushing to evacuate the miners when the blast erupted 500 metres below ground, state media reported over the weekend.

The Xinxing mine in Hegang lies near China's border with Russia and produced more than a million tonnes of coal in the first 10 months of this year, local reports said.

In the first half of this year, 1,175 people died in officially recorded coal mine accidents across China, a fall of 18.4% compared with the same time last year, according to the State Administration of Coal Mine Safety. 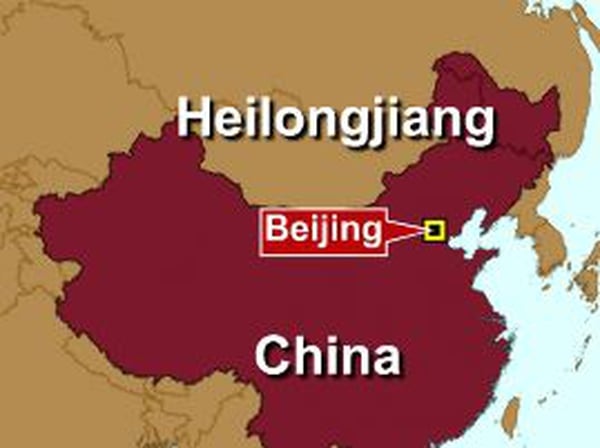