Parts of the south and west are on high alert this evening as more rain and high winds are forecast.

The Taoiseach has said that local emergency plans in place are working well to deal with the effects of flooding.

Speaking after a meeting of the Emergency Co-Ordination Committee to discuss the flooding, Brian Cowen said the Government was very concerned about making sure displaced people were prioritised.

He also said it was important that people have access to clean drinking water and the Government was also concerned about protecting installations like hospitals.

The Taoiseach commended the work of emergency services and said gardaí and the Army were assisting them.

The Defence Forces have 175 troops on the ground and twice that number on standby as well as trucks, boats and helicopters.

The Minister for the Environment, John Gormley, insisted that Government investment in flood protection measures would continue, despite the economic downturn.

The Army has been deployed to some of the worst hit areas, including Cork city, Clonmel, Ballinasloe and Carlow where they are assisting local emergency services.

The President of the Irish Farmers' Association has called for all available assistance to be given to those whose homes and properties have been devastated by the flooding.

Padraig Walshe was speaking in Galway where tens of thousands of acres of farmland are under water.

Mr Walshe said people were angry because the damage could have been avoided.

The TEEU which represents fitters, plumbers and electricians in the local authorities and health boards say they are going to have to review their emergency contingency plans in Cork city for Tuesday's National Day of Protest.

Regional Secretary Pat Guilfoyle says the city is locked in the grip of an emergency and their 35 members are not going to do anything that will make the plight of the people worse.

Almost half of Cork city's 40,000 households, mainly on the northside, are without clean water.

Cost of flooding may exceed €100m

Insurance companies say they expect the cost of the flooding nationwide to exceed €100 million.

RTÉ News has learned that some insurance companies are proposing to examine whether the release of water from the ESB's dam at Iniscarra in Cork exacerbated the city's flooding.

Questions have also been raised about the level of warnings given by the ESB about the potential for flooding.

But the ESB has rejected any suggestion that its actions may have worsened the flooding.

A spokesperson said the company gave early warnings to the state authorities and the media about the risk of flooding, as soon as it became apparent.

It also claims that the existence of the dam greatly reduced the magnitude of the flooding.

Throughout Ireland, council workers have been out since early morning opening drains and gullies in an effort to keep down water levels.

Gardaí have said almost all minor roads in the south and east of Co Galway are flooded and extreme care needs to be taken by motorists who attempt to get through waterlogged sections.

Hundreds of local volunteers have also brought in earth moving equipment to try to relieve flooding around farm buildings.

In Ballinasloe, the ESB has cut off power supplies to flooded estates but some families who were unwilling to leave their homes brought in generators to provide themselves with temporary supplies.

Although flood waters receded around the Cork city this morning, 18,000 houses on the northside have been without water because of damage to a pumping station on the Lee Road.

Tankers with emergency supplies were available at a number of locations in the city overnight.

Fears of water pollution have resulted in boil notices being issued in parts of Cork and in Galway.

Meanwhile, torrential rain fell for over two hours in Cork this morning making many roads impassable.

Water levels flowing into the lakes at the Inniscarra and Carrigadrohid dams are high but ESB staff have said they are monitoring the situation very closely and have no plans to increase the level of discharge for at least the next four hours.

There are now a dozen emergency water tankers at locations in the city while a number of water hydrants are in place.

In the county, boil water notices remain in place in some areas and people are again being asked to conserve water.

Bus Éireann has confirmed that the Galway to Dublin services resumed this morning via the M6.

Services are currently running to the normal timetable (leaving Galway on the half hour, every hour).

Services will operate via Ballinasloe and Loughrea.

Customers in Oranmore are being provided with a shuttle bus service into Galway to connect with the service.

Customers are also advised that there will be some delays on the service due to weather and speed limit restrictions on M6.

In Cork, the west of the city is still badly flooded so the no 8 (St Patrick St to Bishoptown) is diverted and will experience delays.

In Cork, the following bus services have been cancelled at the moment due to road conditions:

All Expressway services from Cork are operating 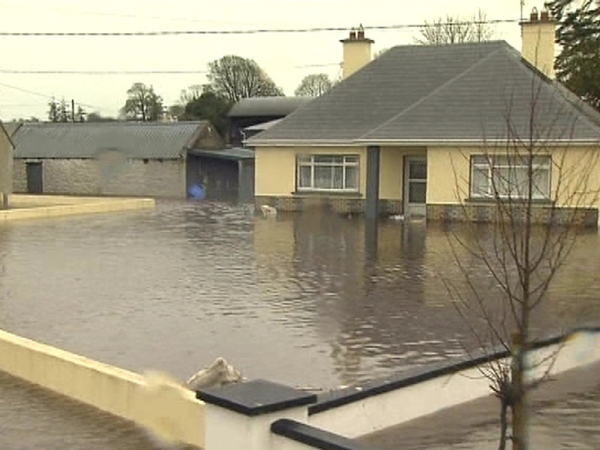 Serious flooding in South and West