A twin suicide attack has torn through a police compound in Pakistan, killing 12 people and heightening public anger over security breaches behind a wave of recent attacks.

Pakistan has been battered by assaults that have left more than 170 people dead in 11 days.

A female suicide bomber on a motorbike and a car bomber unleashed fresh chaos today, the blast was outside an office of the police's Central Investigation Agency in the capital of North West Frontier Province, a staging post for U.S. supplies into Afghanistan.

Home to 2.5m Pakistanis, Peshawar is the largest city in the northwest and lies on the edge of the lawless tribal belt where Taliban and al-Qaeda-linked militants sheltered after the US-led invasion of Afghanistan.

At least 40 people died yesterday in a string of assaults on security buildings in Lahore, at the heart of the country's political heartland, and in bombings in the northwest.

Residents in Lahore, the cultural capital noted for its secular elite, asked how militants could have penetrated so far and so easily from their sanctuaries in the deeply conservative tribal belt on the Afghan border. 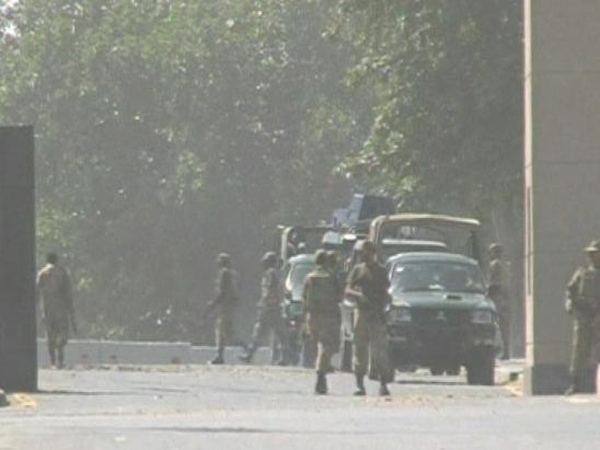