The bodies of the two Air Corps pilots who were killed when their plane crashed during a training flight in Connemara last night have been recovered from the scene.

The remains of the two men have been taken to Galway University Hospital for post mortem examinations.

The two men have been named as Captain Derek Furniss, 32, from Rathfarnham in Dublin and Cadet David Jevens, 22, from Glynn in Co Wexford.

The Air Corps says the cause of the accident has not been established, but data recorders from the aircraft which may help the investigation have been recovered at the crash site.

The instruments were removed from the plane and have been taken to Air Corps headquarters at Casement Aerodrome in Baldonnel for examination.

Attempts to remove the crashed aircraft from the mountainside were hindered this evening by low level cloud and deteriorating weather conditions.

The Air Corps says it hopes to be able to airlift it out sometime tomorrow. It is expected that it will be then be transported by road to the air accident investigation unit at Gormanston in County Meath.

The two pilots who died in the crash will be given military funerals later this week.

Captain Furniss and Cadet Jevens were flying in what were described as poor weather conditions at the time of the crash.

Rescue teams who reached the scene last night said the plane had crashed in exceptionally rough and rocky terrain, 2km from the nearest road.

They said debris had been scattered over an adjoining area.
So far there is no indication of what caused the crash.

Weather conditions in the area deteriorated overnight and there was low cloud and heavy mist in the mountain valley where the Pilatus PC-9 aircraft crashed.

Captain Derek Furniss joined the Defence Forces in October 1994 and is a qualified pilot since 1996 and a qualified flight instructor since 1999.

He had over 3,000 flight hours and was the Chief Flight Instructor on the Pilatus aircraft and member of the Air Corps PC-9 Display Team. Cpt Furniss, originally from Ballinteer in Dublin, was not married but was living with his partner in Dublin.

Cadet David Jevens joined the Defence Forces as an Air Corps Cadet in 2006 and was at the advanced stages of flight training on the PC-9 with over 160 flight hours and 50 simulator training hours over the past three years flight training.

He was due for commissioning as a pilot later this year. Cadet Jevens was single.

President Mary McAleese said she had learned with 'shock and sadness' of the tragic deaths of two members of the Air Corps.

Taoiseach Brian Cowen extended his sympathy to their families and to the Air Corps saying he too was shocked and saddened to learn of the accident.

Irish peacekeepers in Chad remembered the two men in a mass this morning.

The tricolour was lowered to half mast at the Irish base of Camp Ciara, as hundreds of soldiers attended the mass for the two men. Afterwards, a piper played a lament. 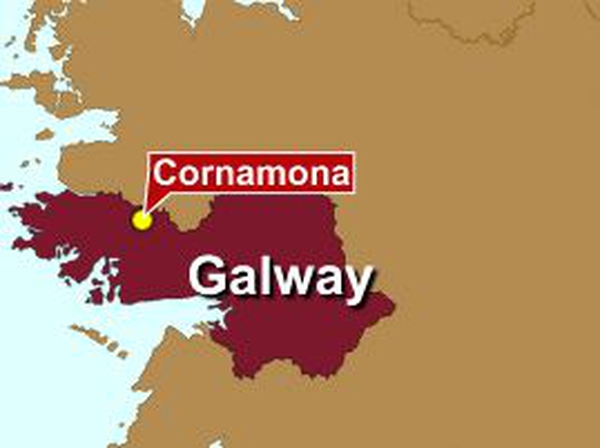