Brazilian police are hunting for a former politician and host of a TV crime show accused of ordering murders and broadcasting the footage to increase ratings.

Wallace Souza, who was a right-wing congressman in Amazonas, had benefited from parliamentary immunity until last week when the state assembly voted to expel him.

He denies any wrongdoing, but several of his gang members including his own son have been arrested in the past months.

Police are searching airports, roads and ports in the city of Manaus for the missing TV show host.

Besides crime scenes, Mr Souza would also show dramatic police raids and arrests on his show, which earned him huge popularity both as a host and politician.

He is also accused of trafficking weapons and ammunition. Mr Souza has said his political rivals were plotting against him and that he was a victim of persecution.

Prosecutors, police chiefs and judges involved in the case have been offered constant police protection following a series of threats.

His brothers, who worked as producers on the crime series, have said all the crime scene videos were genuine. 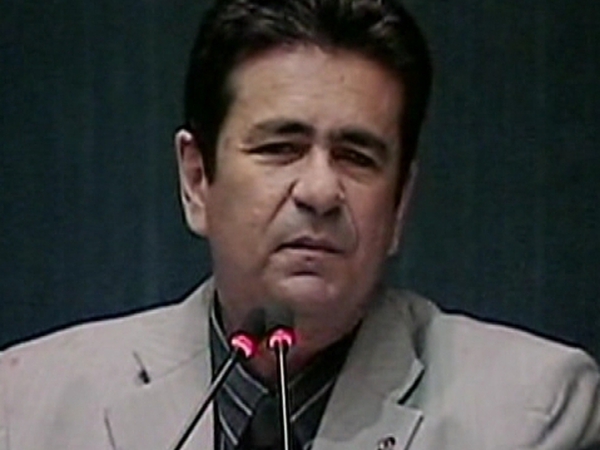