EU leaders have warned the Czech Republic of the costs of further delaying the Lisbon Treaty as the Eurosceptic Czech president holds out against the pact.

However, Czech Prime Minister Jan Fischer, who held talks with Swedish Prime Minister Fredrik Reinfeldt and other top EU officials today, said his country should ratify the treaty by the end of the year.

With the treaty meant to enter force next year, Mr Reinfeldt said the 27-nation EU is entering unchartered waters.

'We are moving into unknown territory,' he told reporters after a video conference with Mr Fischer.

'A lot of Europeans are waiting for this to be solved and we are trying to do it as quickly as possible,' said Mr Reinfeldt, whose nation holds the EU's rotating presidency until the end of the year.

The Czech parliament has approved the treaty, and Mr Fischer opposes President Vaclav Klaus' campaign against the pact.

Mr Fischer expressed confidence that Mr Klaus would sign it once a Constitutional Court review of the treaty has been cleared up.

'I believe that everything is in place for the ratification of the Lisbon Treaty to be fully completed in the Czech Republic by the end of this year,' he said in Prague.

'I am fully convinced that after we have the ruling of the Czech Constitutional Court, the Czech president will be ready to complete the ratification.'

Poland's President Lech Kaczynski is expected to sign the treaty into law within days. 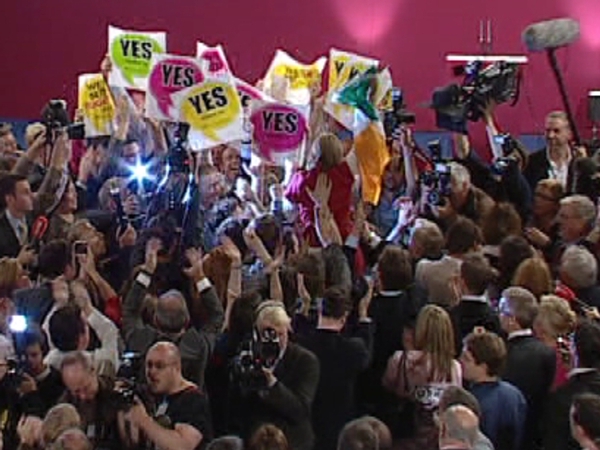