The Taoiseach has rejected a claim that the holding of a second referendum on the Lisbon treaty is profoundly undemocratic.

The claim was made by anti-treaty campaigner Declan Ganley, who Libertas confirmed will be re-entering the referendum debate over the coming days.

This is despite his assertion last June that he would not be involved, following his defeat in the European elections.

Campaigning for a Yes vote in Co Kerry, Mr Cowen said the second referendum was anything but undemocratic.

A Libertas spokesperson said it was expected that Mr Ganley would hold a press-conference tomorrow, to outline his reasons for his decisions.

Speaking of Mr Ganley's intention to re-enter the debate, the Labour leader said he was behaving like ‘Lannigan's Ball,’ stepping in and out and in again.

Eamon Gilmore said since the last referendum, a number of those close to Mr Ganley had switched to the Yes side.

‘What Mr Ganley does is a matter for himself,’ Mr Gilmore said, but he added that he did not fear the impact his return might have on the debate.

Mr Gilmore said he believed things had moved on since the debate last year, and there was now a far greater understanding of what the treaty is about and the importance of getting it through. 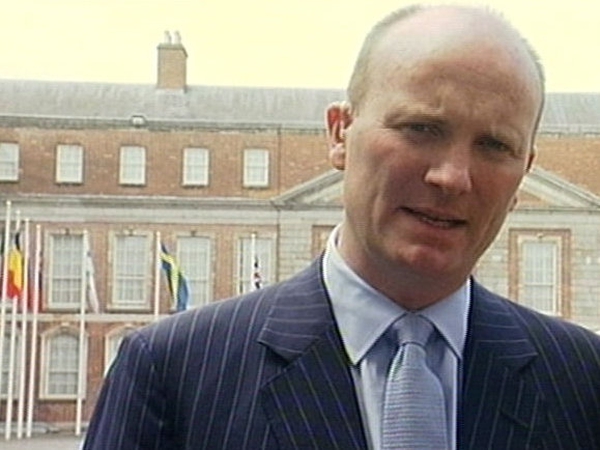 Ganley to set up Libertas offshoot in Poland