More than 150 Green Party members met today in Athlone to discuss their opinions on NAMA and vote in a ‘preferendum’ on the issue.

The 'preferendum' offered delegates the chance to prioritise six issues, although details have not been released.

However, it is understood options such as supporting the Swedish recovery model, retaining NAMA as it stands, letting the banks go to the wall, amending NAMA and full nationalisation were the six issues on the ballot.

The results of the vote will now be considered by the party and there have been indications that the outcome will be released next week.

Green Party Leader John Gormley said that there was no doubt party members wanted change to the existing legislation and said those changes need to be real.

Mr Gormley said the views of the party members have been listened to and will be taken to the negotiating table.

He described the meeting as cordial and said it involved a wide range off speakers offering their views on NAMA and the current economic crisis.

Meanwhile, members of the People Before Profit Alliance are protesting at the meeting.

The group says the NAMA legislation is unfair and amounts to nothing more than a bailout for the banks.

Its spokesman, Richard Boyd Barrett, said NAMA does not guarantee that the banking system will become anymore responsible. 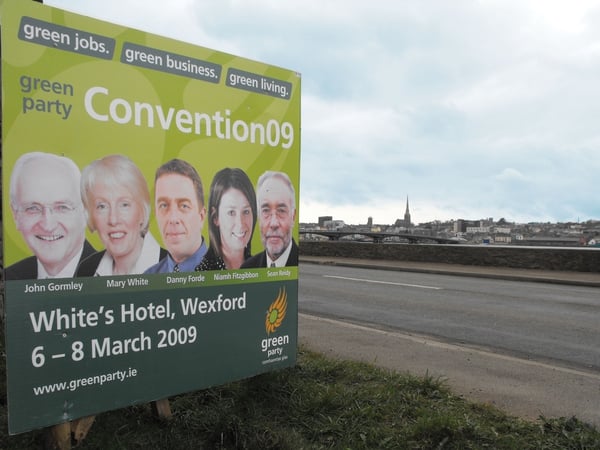