The country's largest trade union, SIPTU, has come out in support of the Lisbon Treaty, although it still has a number of reservations about it.

In a detailed statement published on its website, the union said it ratification of Lisbon would not make matters worse for workers, and has the potential to improve them.

Therefore, it says, the balance of advantage for working people and their families rests with ratification of the Treaty.

During the first Lisbon referendum, SIPTU did not endorse the Treaty, a position which was seen as very influential on the result.

The Union statement said it would not be sharing platforms with representatives of the Government parties, as their agenda was not the same as SIPTU's on workers' rights.

Mr Kenny said Ireland's interests will be best served by 'remaining at the heart of Europe' and described next month's vote as a defining moment for the country.

He said that the guarantees given to Ireland following the rejection of the treaty in June last year addressed the concerns of the voters.

Speaking at the launch in the GPO in Dublin he said: 'The legal guarantees given by our European partners meet [the] concerns and allow our people to make informed choices before they cast their votes.'

Mr Kenny reiterated the view of Labour leader Eamon Gilmore that voters should not use the referendum to express their understandable anger with the Government.

He said: 'It would be very easy for me, as leader of Fine Gael, to sit back and allow this referendum to be dominated by domestic political issues.

'While I fully understand people's anger, I do not want this crucial referendum to become a protest against the Government.'

Mr Kenny is due to meet Taoiseach Brian Cowen this afternoon to discuss the campaign.

She said: 'The economic argument for a Yes vote in the Lisbon referendum is very clear.

'It will greatly enhance Ireland's chances of recovery and yesterday's jobless figures are a further reminder of just how grave our present economic situation is.'

The Chairman of the Referendum Commission has said that the Lisbon Treaty will not adversely impact on workers' rights or the minimum wage.

Mr Justice Frank Clarke was speaking at the launch of the Commission's information campaign this morning.

However, he said it is ‘an arguable point’ whether the Charter of Fundamental Rights will strengthen workers' rights.

Justice Clarke said that the Treaty is more straightforward than many are claiming.

He said he was satisfied that the Commission's guide to the Treaty, which is set to be distributed to 1.9m homes, is accurate and details exactly what is in the Treaty.

However, he believes that the Commission needs more time than was allowed on this occasion to do its work. The Commission was set up on 7 July.

Earlier, anti-Lisbon campaigner Jens-Peter Bonde said the Commission's document was misleading and that the main changes in the treaty were deliberately hidden.

The Taoiseach met the leaders of Fine Gael and Labour this afternoon for more than an hour to discuss the Lisbon Treaty Campaign.

The focus of the meeting was to ensure that all the parties backing the Treaty would co-ordinate their campaigning at at local level. 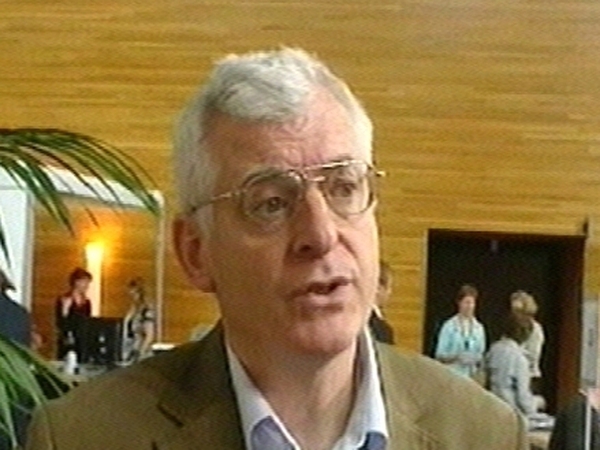