Opium production in Afghanistan has fallen for a second year running, with poppy cultivation down 22% and prices among the lowest in a decade, according to a UN report.

Afghanistan produces around 90% of the world's opium, used to make heroin sold on the streets of Europe and Central Asia.

Profits feed a resurgent Taliban in an eight-year war.

'The bottom is starting to fall out of the Afghan opium market,' UN Office on Drugs and Crime Executive Director Antonio Maria Costa commented in the report, to which the Afghan government contributed.

'For the second year in a row, cultivation, production, workforce, prices, revenues, exports and its GDP share are all down, while the number of poppy-free provinces and drug seizures continue to rise,' it said.

Wiping out the crop has been a key component of Western efforts to stabilise Afghanistan, since the 2001 US-led invasion removed the Taliban regime.

US Secretary of State Hillary Clinton once labelled Afghanistan a 'narco state'.

Most Afghan opium is processed into heroin inside the war-torn country, where it feeds rampant government corruption before being smuggled to Central Asia, Europe and the Middle East.

The UN puts the potential export value of Afghan narcotics at about $3.4bn a year and Afghan officials have said drug profits provide the Taliban with as much as $100m a year.

99% of poppies are cultivated in southern and southwestern areas, among the most dangerous parts of Afghanistan where the Taliban and criminal networks are strongest.

Cultivation was down by a third in southern Helmand province, which grows the most poppies in Afghanistan and where British and US troops launched fresh assaults against Taliban strongholds ahead of last month's elections.

The report attributed the 'dramatic turnaround' to governor leadership, a more aggressive counter-narcotics offensive, the increased favouring of legal crops and the successful introduction of food to promote legal farming.

Average prices for dry opium fell by a third in the past year to about $64/kg, from about $95/kg, the lowest since the late 1990s when the Taliban were in power, the report said.

Falling prices and lower cultivation make opium production equivalent to 4% of Afghanistan's official GDP down from 27% in 2002.

However, the report warned that illicit drug stockpiles may have reached 10,000 tonnes, enough to satisfy two years of world heroin addiction.

He has slammed past US policy of eradicating poppy crops as ineffectual - destroying farmers' livelihoods and spawning Taliban sympathisers.

While the report called for more help from Afghan forces and NATO's 64,500 troops in Afghanistan, it welcomed military operations for creating a deterrent for traders and farmers.

It called for a regional approach in counter-narcotic operations and said major traffickers should be reported to the UN Security Council and brought to justice, rather than executed or pardoned for political expediency.

It also warned drug use within Afghanistan is a growing problem, raising the risk of HIV and calling on the new government, following August elections, to capitalise on the shrinking opium market. 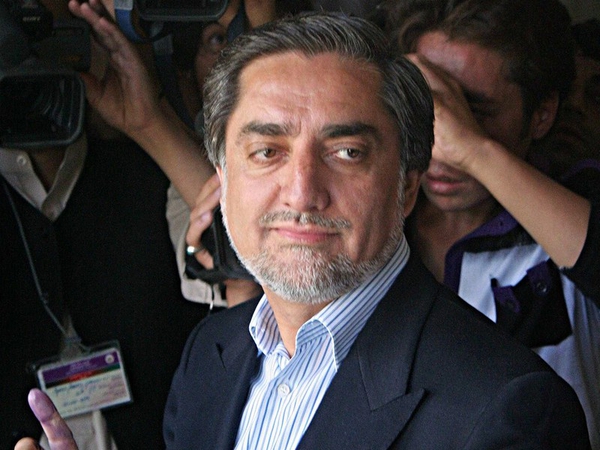