The British government has expressed its regret to the family of a Catholic man shot dead by a soldier at a border checkpoint in Co Tyrone 21 years ago.

24-year-old Aidan McAnespie was shot in the back by a British soldier at a border checkpoint while on his way to a GAA match.

A statement from British Defence Secretary Bob Ainsworth said he 'recognised the pain and suffering' of Mr McAnespie's family.

It was a matter of deep regret that Mr McAnespie had been killed by a bullet fired by a soldier which ricocheted from the road, the statement added.

British Army Guardsman David Holden said at the time he opened fire accidentally as his wet fingers had slipped when moving a heavy machine gun.

One of the three bullets he discharged killed Mr McAnespie.

He was initially charged with manslaughter but the charge was later dropped.

A PSNI Historical Enquiries Team report last year concluded that the soldier's account of events that the shot was inadvertent was the 'least likely' explanation of what happened.

The family of Mr McAnespie has welcomed the statement from the British government.

They now want the Irish Government to make available a report carried out by a deputy Garda Commissioner at the time.

She said: 'Aidan was fatally wounded by a ricochet bullet.

'In respect of why a bullet should strike the ground less that two metres behind Aidan at 283.4 metres range, the HET report is clear that 'the chances of it being un-aimed or random seem so remote in the circumstances that they can be virtually disregarded'.

'Given the findings of the HET report we find it highly significant and positive that the Minister of Defence has co-signed this public statement along with the Northern Ireland Secretary.

'For years we have fought for truth and acknowledgement.

'The HET report, in our view, represents the closest that we as a family have got to the truth of what occurred that day.' 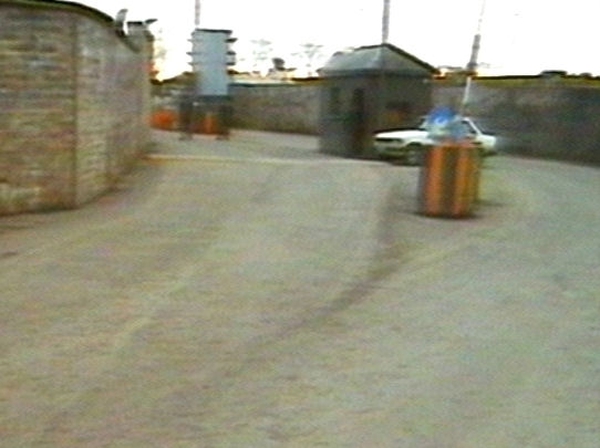