French President Nicolas Sarkozy was rushed to hospital after falling ill while jogging and will stay there overnight to undergo cardiological tests, officials said.

The 54-year-old did not lose consciousness but had to lie down before being helicoptered to the Val-de-Grace military hospital in Paris.

Neurological tests after the episode were normal, his office said, and ‘routine’ cardiological examinations would be carried out.

A statement from his office said: ‘When he was jogging in the park of the Chateau of Versailles, the president was taken ill.

‘This episode, which happened after 45 minutes of intensive physical exercise, was not accompanied by a loss of consiousness.’

His doctor was nearby and attended to him immediately.

Mr Sarkozy has cancelled an event for tomorrow and a decision will be taken on his Tuesday schedule. He is due to preside over the last cabinet meeting before a summer break on Wednesday morning.

His wife was at his side in the hospital and the prime minister Francois Fillon returned to Paris from his constituency.

The results of a health check were released on 3 July which said he had undergone blood and cardiovascular tests and the results were normal.

Sarkozy, who took office in May 2007, was briefly hospitalised in October that year but the information was not made public at the time. The episode was revealed in a book and confirmed by his office in January 2008. 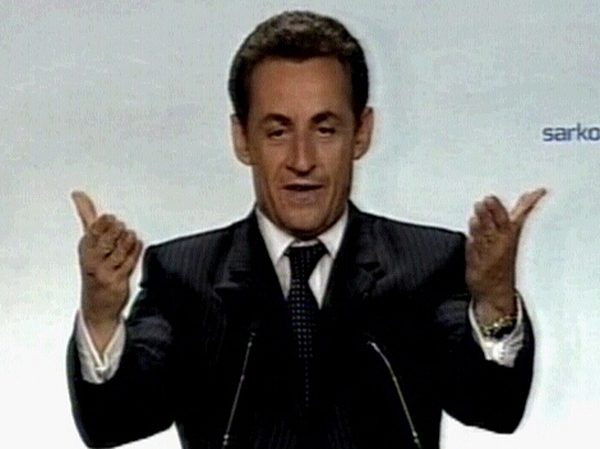