The Criminal Justice (Amendment) Bill has passed all stages in the Dáil.

There had been calls for further time to debate the bill and other issues in advance of the nine-week summer recess which begins tonight.

Opposition parties objected to the rushing of the legislation, which is aimed at tackling gang-related crime.

But Tánaiste Mary Coughlan insisted delaying the Bill would represent a dereliction of duty, especially if something happened between now and the return of the House.

The Opposition also called for more time to discuss the recent report on public sector cuts, tobacco advertising and the enforcement of court orders.

It has emerged that Dublin North East Labour TD Tommy Broughan defied his party whip to abstain on the vote on the Criminal Justice Bill.

Mr Broughan, whose constituency has seen a number of gangland killings, told RTÉ the crime situation was now 'dire and urgent'.

Mr Broughan said he had received a letter from the party whip this afternoon and expected there to be repercussions from his stance.

Coughlan up for the fight

It has been a long, eventful and draining political year, dominated by the economic downturn, emergency financial measures and the local and European election campaigns.

Mr Kenny said he knew Government deputies were anxious to get out as they were lambasted and embarrassed and beaten down.

However, Ms Coughlan said the Government was 'lean, mean and fit for purpose' and if Opposition deputies wanted to prove it, 'they could step outside.'

This evening, the Enforcement of Court Orders Bill passed all stages in the Dáil and will now go to the Seanad.

The Dáil has adjourned for the summer and will return on 16 September at 2.30pm. 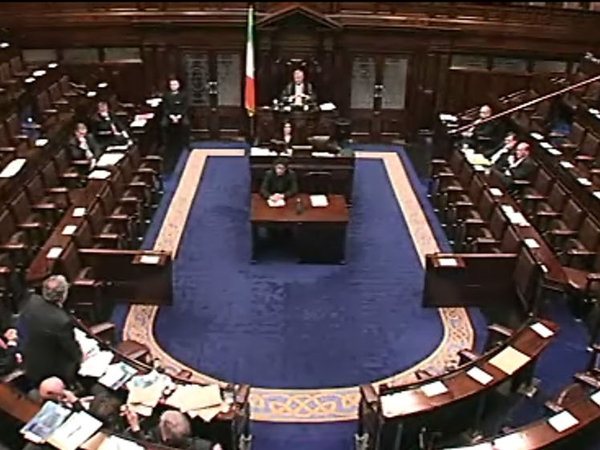