Honduran President Manuel Zelaya has failed in an attempt to return to Honduras where he was ousted in a military coup a week ago.

Authorities in Honduras refused to allow the former president's plane to land in Tegucigalpa and he flew on first to neighbouring Nicaragua and then on to El Salvador where the presidents of Ecuador, Paraguay and Argentina had gathered to back him.

Mr Zelaya, a leftist whose term was due to end next year, was pushed out of office by the military and sent into exile a week ago after a dispute over presidential term limits.

The interim government that took over argues the removal of Mr Zelaya was justified by what it views as his illegal attempts to extend presidential limits in office beyond a single four-year term.

Mr Zelaya’s supporters rallied at Tegucigalpa airport, where they broke through fencing near the runway to face a barrage of tear gas.

At least two people were killed as troops fended off thousands of Mr Zelaya’s supporters who had converged on the airport as his plane circled overhead. 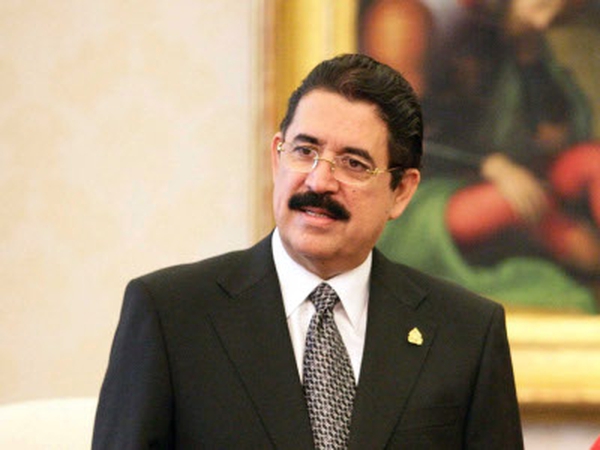