Repair work is under way in Co Mayo to roads and bridges damaged by overnight flooding.

The worst hit areas are near the town of Newport and at Killawalla, south of Westport.

A council spokesman said hundreds of thousands of euro worth of damage has been caused to roads, a number of which were still blocked this morning by landslides.

At least half a dozen bridges in Newport area have been destroyed or extensively damage.

The homes of a number of families at Buchagh were cut off and could only be reached on foot.

Mayo County Council said it would be seeking national funding to repair the damage.

This morning, gardaí said all the main roads were open to traffic but they were still advising motorists to be careful and to watch out for fallen debris.

Several hours of torrential rain left many roads in the south and west of Co Mayo under water - forcing motorists to make detours to avoid flash floods.

A section of the Castlebar to Newport road was closed for a time following a collision between a 35-seat coach and a lorry.

Last night's bad weather conditions led to a number of call-outs for the emergency services.

At Glenisland a man who was trapped in his house by rising flood waters was taken to safety by fire service personnel.

Earlier in Co Galway, two people had a lucky escape when their house on Gorumna Island was struck by lightning.

A mother and son were uninjured in the incident, but the house was extensively damaged.

If you have images of the flooding please send them to newsonline@rte.ie 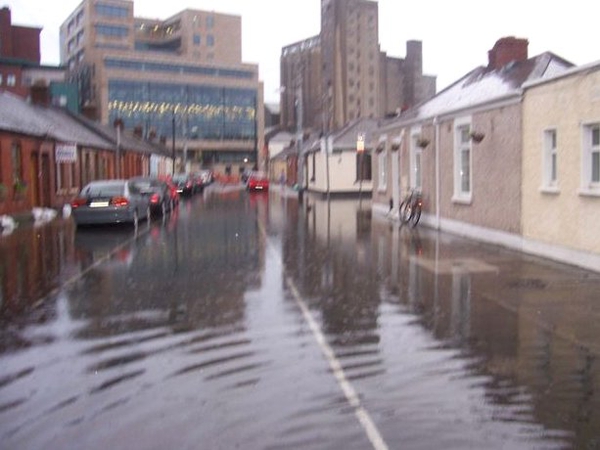