The Israeli navy has halted and boarded a ship carrying pro-Palestinian activists to Gaza.

'An Israeli navy force intercepted, boarded and took control of the cargo boat 'Arion' ... as it was illegally attempting to enter the Gaza Strip,' a military spokesman said.

The spokesman said the navy had been contacting the boat since yesterday evening and warned that it would not be allowed to enter Gaza waters 'because of security risks and an existing naval blockade.'

After the navy boarded the converted ferry it towed the vessel toward the nearby Israeli port of Ashdod.

The spokesman said that activists on board would be handed over to the authorities.

No shots were fired during the incident.

The boat was sent by the Free Gaza Movement, which said it was carrying a symbolic cargo of humanitarian aid to pressure governments and international relief groups to do more to rebuild Gaza.

Activists have made five successful missions to Gaza from Cyprus since August 2008 - but have been turned back twice by Israeli forces.

Earlier today, the Free Gaza movement said Israeli warships had surrounded the Spirit of Humanity and threatened to open fire if it did not turn around.

At one point, the Israelis jammed the boat's instruments, blocking their GPS, radar and navigation systems 'in direct violation of international maritime law,' the group said.

The Israeli foreign ministry claimed the boat's owners had lied before departure from Cyprus about the vessel's destination, saying it was bound for Port Said in Egypt.

Former US congresswomen Cynthia McKinney, one of 21 activists aboard the Spirit of Humanity, expressed outrage.

Irish Nobel peace prize laureate Mairead Maguire, who is also on board, said US President Barack Obama 'has called upon the Palestinians to abandon violence but Israel is denying them the right to non-violently resist the siege of Gaza.'

Those on board the Spirit of Humanity are of eight different nationalities. 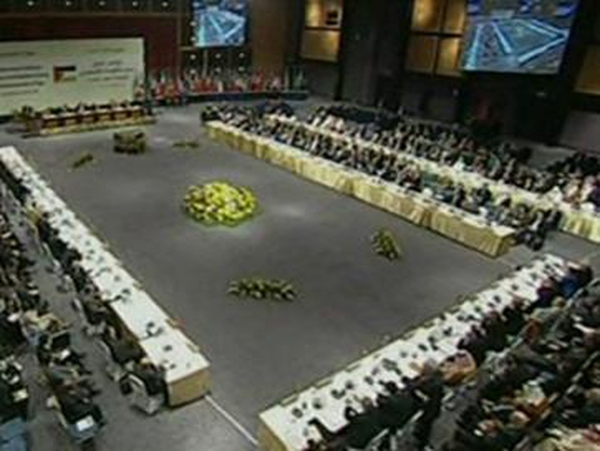