A mourning ceremony for protestors who have died in Iran's post-election turmoil has been called off.

Mehdi Karroubi, a reformist parliament speaker who came fourth in the 12 June presidential vote, cancelled the ceremony as he was unable to find a site but plans to hold it next week, his party website said.

His decision came after a large force of riot police and Basij stopped a crowd of several hundred people trying to assemble outside parliament yesterday.

Iran's rulers have stepped up the pressure on the opposition, with supreme leader Ayatollah Ali Khamenei insisting he will not back down over the disputed vote.

The interior ministry has banned all gatherings by opposition groups, which have staged sometimes massive protests in Tehran over what they say were rigged results of the election that returned Mahmoud Ahmadinejad to power.

At least 17 people have been killed in the post-election violence, state media reports have said.

Meanwhile, President Ahmadinejad called on US President Barack Obama not to interfere in Iran's internal affairs after the US president said he was 'appalled and outraged' by the post-election violence.

A state-backed news agency is reporting that a statement from the Iranian president dismisses Mr Obama's recent comments on Iran, saying he was only repeating what his predecessor, George W Bush, used to say about the country. 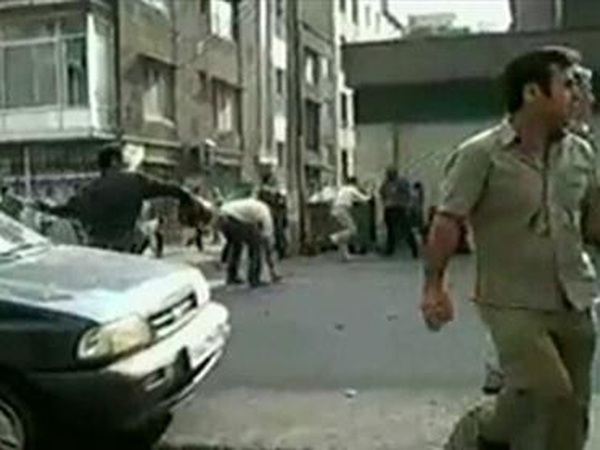