The US will order all its troops in Afghanistan to undergo 'new training' after concluding that pilots violated orders in air strikes last month that it accepts may have killed as many as 86 civilians.

In a report, released six weeks after US B1 bombers killed large numbers of civilians unleashing fury among Afghans, the Pentagon acknowledged that rules had not been followed, although it said 'the mistakes fell short of breaking the law'.

The bombings took place on 4 May in western Afghanistan after a day-long battle that saw Afghan security forces ambushed by Taliban fighters and US Marines come to their aid.

After nightfall, B1 bombers observed groups of people moving into two houses and a mosque.

Pilots concluded they were fighters and bombed the buildings.

However, the report said pilots broke guidelines by striking without checking whether civilians were in the buildings.

The strikes, ‘while complying with the (laws of armed conflict) did not adhere to all of the specific guidance and Commander's Intent contained in the controlling directive,’ it said.

'Not applying all of that guidance likely resulted in civilian casualties.’

While the report noted that US investigators had concluded that about 26 civilians and about 76 fighters had died, it acknowledged the figures were imprecise and said the true civilian death toll would never be known.

The report noted that an Afghan human rights agency had concluded that 86 civilians had died and praised its findings as ‘balanced’ and ‘thorough’.

The report, released by Central Command responsible for the wars in both Afghanistan and Iraq, said the military needed to refine its rules for using weapons in Afghanistan, which should be published in new ‘stand-alone documents’.

‘Once this guidance is published, units will need to conduct immediate training/re-training of all personnel in theatre,’ it said.

The report supports accounts from Afghan villagers that the B1 bombings after dark occurred far from the battle zone. 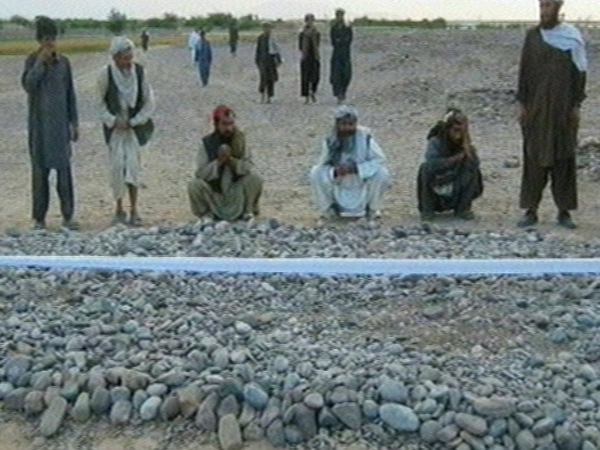