British Prime Minister Gordon Brown has reshuffled his cabinet following the resignation of two senior minsters in the past 24 hours.

He has vowed to he will fight on as Prime Minister despite being almost forced from office by the wave of ministerial resignations and disastrous local election results.

Their departures brings to four the number of ministers to quit their posts in the past three days.

Mr Purnell immediately called on Mr Brown to stand aside for the good of the Labour Party.

In a letter to the prime minister, which was also sent to several newspapers as the polls closed last night, he said: 'I now believe your continued leadership makes a Conservative victory more, not less likely.'

Chancellor Alistair Darling will remain in his post despite speculation that Mr Brown wanted to shift him elsewhere.

Alan Johnson has accepted a move from Health Secretary to Home Secretary, to replace the departed Jacqui Smith.

Foreign Secretary David Miliband is remains in his post, as does Business Secretary Lord Mandelson.

Alan Sugar has accepted a role as the government's 'enterprise tsar', which will see the businessman and Apprentice star given a peerage.

Poor results for Labour in yesterday's local elections in England will increase the pressure on the prime minister. Early results show the Conservatives and Liberal Democrats making gains.

The European election results on Sunday night are expected to be equally bad.

They will be the last results before the next general election and the reaction of Labour MPs will be pivotal to whether Mr Brown stays or goes. 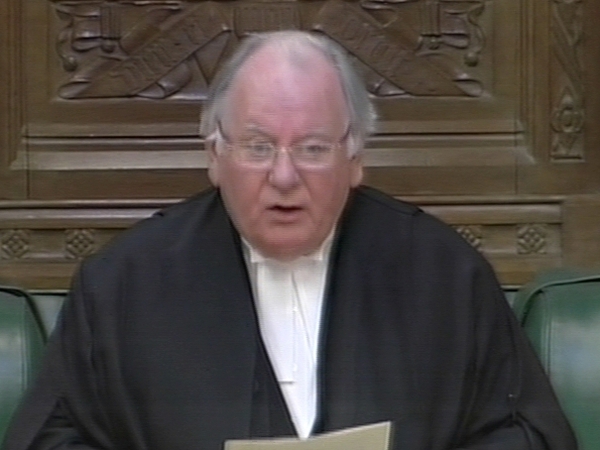 House of Commons Speaker to resign