An inquiry has begun into the security breach which forced the postponement of today's Leaving Cert English Paper Two.

English Paper Two was mistakenly distributed to Higher Level candidates instead of English Paper One at St Oliver's Community College in Drogheda.

The State Examinations Commission has suspended the superintendent at the centre of the controversy, as it investigates why it was not informed of the error until almost seven hours after it occurred.

In a statement, St Oliver's Community College said the paper had been given out in error by a superintendent who was not a member of college staff.

It says some candidates became aware of 'significant key elements of the contents of Paper Two' before it was retrieved.

The school principal was alerted to the problem in a phone call from a parent of one of the students.

The principal then immediately contacted the State Examinations Commission

Minister for Education Batt O'Keeffe says he regrets the change in the Leaving Certificate timetable.

Mr O'Keeffe said the decision had been made in the best interests of all students.

He added: 'I want to apologise to all Leaving Cert students, both those doing Higher and Ordinary papers.'

However, a decision on how Jewish students will be facilitated in sitting the paper has yet to be decided according to the State Examinations Commission.

Under Orthodox rule, writing is amongst a number of activities not permitted on Sabbath Day, which is on Saturday.

A spokesperson for the Chief Rabbi of Ireland has said there are around 10 Jewish students sitting the Leaving Cert this year.

He said Government departments have always been accommodating in facilitating the Jewish community and that he is 'confident something will be worked out'.

Meanwhile, the National Parents' Council has expressed its anger that such a blunder forced today's English Paper Two to be postponed.

A security breach of this nature last happened in 1969.

A helpline number is available for students affected by the cancellation of today's Leaving Cert English Higher and Ordinary level paper on 1800 713 913 and the website is www.examinations.ie. 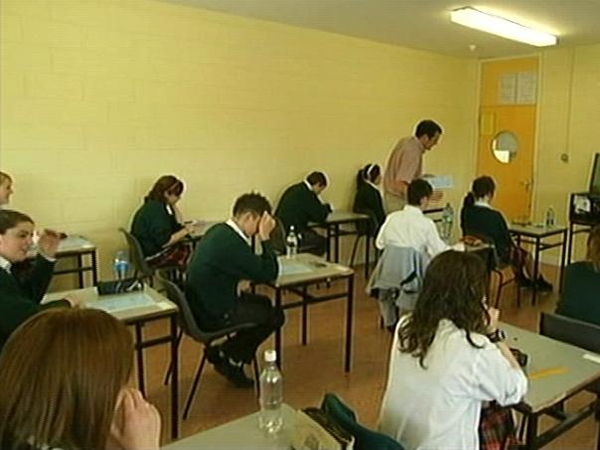