An independent economic think-tank has said the Irish economy could return to an average annual economic growth rate of 5% between 2011 and 2015.

However, the Economic and Social Research Institute says this will only happen if the world economy recovers quickly.

In new research outlining economic recovery scenarios, the ESRI also warns that even after recovery happens, the Irish economy is facing into a permanent 10% drop in economic output.

The ESRI says that by the end of next year, output will have fallen back to 2001 levels.

It says a significant number of domestic actions must take place in Ireland before economic recovery can happen.

These include the resolution of the banking crisis and the introduction of measures to ensure unemployment does not become structurally embedded in the economy.

It also says the Irish economy must become more competitive, through a reduction of wages and other labour costs.

John Fitzgerald of the ESRI says that even if recovery happens, things still will not be as good as they were in the boom times.

Reforms promised in this year's and next year's Budgets must be implemented in order to reduce the structural deficit, the institute says.

The structural deficit is the shortfall between Ireland's Exchequer income and spending, which is not caused by the global downturn.

The ESRI says half Ireland's deficit is structural and to address that, higher taxes will have to become a permanent feature of the economy.

The institute says there is potential for 3% growth in the economy.

If these reforms happen, and the world economy recovers momentum in 2011, the ESRI believes economic growth in Ireland between 2011 and 2015 could be rapid.

But it says it will still take until the middle of the next decade for output to return to 2007 levels.

Under a second scenario - where the global economic recovery were delayed until 2012 - the ESRI says the permanent loss of output in the economy would be closer to 15%.

There would also be higher emigration and unemployment would be slower to fall. 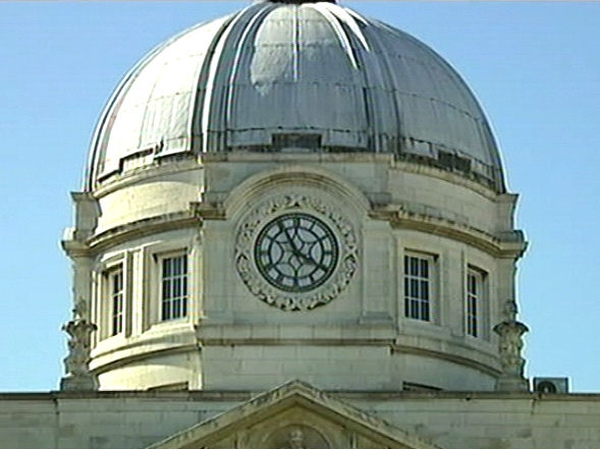