Dublin's newest bridge reached the capital this morning, having travelled from Rotterdam.

The Samuel Beckett Bridge arrived on a 90-metre barge and will remain there until it passes through the East Link bridge.

It was due to pass through at 2am tomorrow morning, but that has been delayed as the bridge lift has been postponed by high winds.

It is yet to be decided when the bridge will now be moved.

When it opens in early 2010, it will link Guild Street on the northside of the city with Sir John Rogerson's Quay on the southside.

Dublin City Council commissioned the bridge in order to reduce the number of cars in the city centre.

It will have four traffic lanes, cycle tracks and footpaths, and has the capacity to facilitate bus and light rail in the future.

The project will cost just under €60m. The cable-stayed bridge is designed to be a landmark feature of the city, evoking the image of a harp. 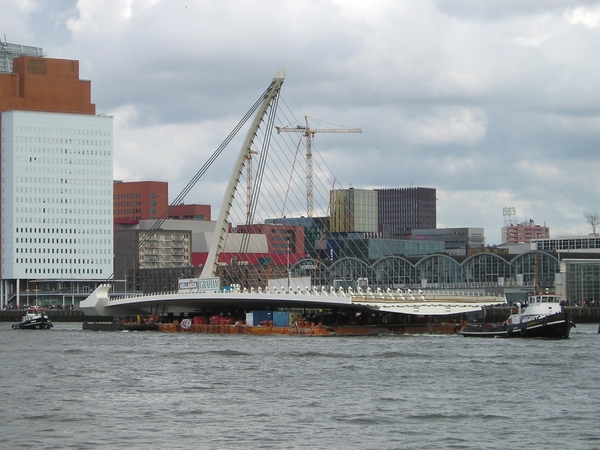 New Liffey bridge gets under way