A dissident republican Easter demonstration in Northern Ireland has passed off without incident.

This was the first public show by the Real IRA since it killed two soldiers last month at Massereene army barracks in Antrim.

Around 200 people turned up for the ceremony at the Creggan cemetery, Co Derry. A masked man appeared from the crowd and read a statement.

‘Denis Donaldson was a traitor and the leadership of the Provisional movement, under guidance from the British Government, made provision for Donaldson to escape republican justice,’ he said.

‘It fell to the volunteers of Oglaigh na hEireann (IRA) to carry out the sentence and punishment demanded in our army orders and by the wider republican family.’

Mr Donaldson was shot dead in Glenties, Co Donegal. He fled there from his west Belfast home after being unmasked as a British informer.

Today youths carried petrol bombs but there was no security presence.

A colour party bearing flags and wearing berets was at the centre of the event.

Martin Galvin, a former director of the Irish/American Noraid which helped support the IRA's campaign during the conflict, was present along with Francis Mackey from the 32 County Sovereignty Movement, which supports the Real IRA.

A party statement said: ‘We are constantly asked; what is your alternative? The answer depends on who is asking the question. To those who call us traitors (Martin McGuinness) we say; any alternative but yours.

‘To those who call us anti-democratic we say; let us negotiate without preconditions. To those republicans who genuinely seek an alternative we say; let us construct one together.

‘We must be clear that the Good Friday Agreement represents a significant defeat for republicanism.’ 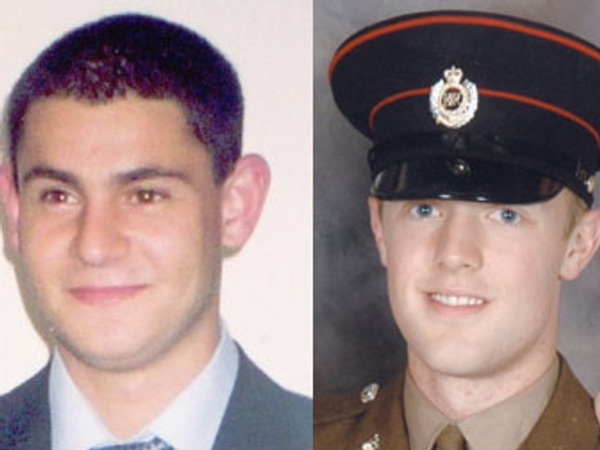