Tánaiste Mary Coughlan told the Daíl this morning that the National Assets Management Agency is not a bailout for the banks.

She said legislation to establish the new agency is to be drawn up in the next few weeks.

It is expected to be passed into law by the end of the Dáil's summer session.

Fine Gael's Alan Shatter asked if the agency would be accountable to an Oireachtas Committee to ensure it is not under pressure to do favours for friends of Fianna Fáil.

Mr Shatter also said Fianna Fáil should apologise for what it has inflicted on the country.

Labour's finance spokesperson Joan Burton asked how much the taxpayer would have to pay for the assets to be purchased from the banks.

The Tánaiste said the valuation of assets was a function of NAMA, and not of the Dáil.

A report for Government on the implications of establishing a National Asset Management Agency warns taking over loans at a knockdown price may significantly worsen the capital position of the banks.

It says this may require a further injection of capital into the banks and the new agency.

However, the report by economic consultant Peter Bacon says the new agency has potential to bring a better economic solution to the banking crisis.

Speaking on RTÉ's Morning Ireland, Mr Bacon said it was a preferable option to nationalising the banks.

The report says the new agency might break what it describes as the crony capitalist connections that impeded the transfer of assets from powerful developers.

It says this will be particularly beneficial when there is big concentration of loans with one developer who may have a close connection to a bank.

The report says the new agency will be able to write down the value of loans immediately and maximise taxpayers' returns in the long term.

Former EU Commissioner Peter Sutherland has said Ireland should be sending out a positive message in the economic crisis.

Also speaking on Morning Ireland, Mr Sutherland, who is Chairman of BP and Goldman Sachs, suggested that the country should take a constructive view and present it to the outside world. 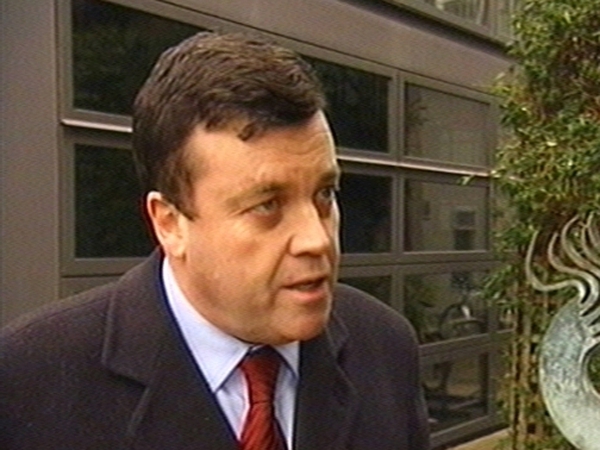