Shareholders voted 95% in favour of the government's plan to recapitalise the Bank of Ireland.

The Extraordinary General Court of Bank of Ireland ended this afternoon after four-and-a-half hours.

According to a statment from the Minister for Finance Brian Lenihan, after a due diligence report on the company found no risk big enough to undermine the government's investment, the bank will get it's €3.5bn next Tuesday.

For over four hours the governor and the new chief executive of Bank of Ireland were grilled by shareholders over the make-up of the bank's board, its leadership and the future direction of the group.

Shareholders, some of whom have seen the value of their shares drop from over €18 two years ago to just 50c today, did not want to hear about a global banking problem, their main issue is closer to home.

They were calling for heads, and Governor Richard Burrows delivered.

He said each board member would tender their resignation, and stand for re-election at the bank's annual shareholders meeting in July.

He apologised to shareholders, but said the bank had a sound business and its value will be rebuilt.

New Chief Executive Richie Boucher told shareholders he would work his hardest to see that Bank of Ireland would recover to be strong and viable, but that it could take as long as ten years to recover.

New Chief Executive Richie Boucher said this is a very low point in the bank's history. 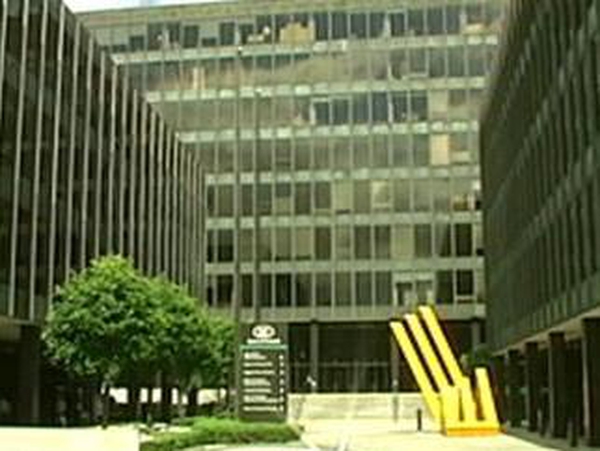