Minister for Finance Brian Lenihan has told the Government-appointed directors at Irish Nationwide Building Society that the board and management team must be reviewed.

In a statement this afternoon, the Minister said the review should take place in the light of the society's current market position, the plans for the society and the appropriate mix of skills for the society.

Mr Lenihan expects the board to brief him next week on their plans for the business.

The Minister said he wanted to see the results of the investigation, to be carried out by the Government-appointed directors, within a month.

Fine Gael leader Enda Kenny criticised the fact that the minister has asked for a report to be carried out.

Deputy Kenny said the facts were already established and that another report was not needed.

Minister Lenihan said that any impropriety at Irish Nationwide will be dealt with by the Government.

But he appealed to Opposition parties to be careful and measured in what they say about the situation.

Mr Lenihan told RTÉ News that he understood that the public is outraged by what they have heard about bonus payments to Mr Fingleton, but that he did not have the power to take money off people that they were entitled to from the past.

He said Mr Fingleton and the building society maintain that his bonus payment was negotiated long before the State guarantee, and that was a matter that needed to be investigated.

Tánaiste Mary Coughlan says she believes the €1m bonus paid to Mr Fingleton should be returned.

Ms Coughlan said Mr Fingleton's actions have created not just a level of concern, but also a level of annoyance.

However, she said it was 'appropriate that we await the final outcomes of the Cabinet's deliberations'.

Ms Coughlan said the Government had set down parameters on bank executives' pay that are appropriate and these have been discussed with the banks.

She added that it was the Government's hope that people would abide by that.

Minister Coughlan said the Government wants to return to a situation where Ireland has the huge international reputation that it had here-to-fore, and remuneration was one of the issues causing huge difficulty for the banking sector.

Asked about the overall figure of spending savings and taxation planned for the budget, the Tánaiste said it was not appropriate to discuss the matter in public.

She confirmed the Government has a number of meetings this week and next week and the decisions will be made there.

It emerged yesterday that a replacement chief executive for Irish Nationwide had told the board he would not be taking up the position.

RTÉ News understands the executive told the society he would not be taking up the appointment because of the Government cap on executive pay at the society.

Over the weekend, there were calls for Mr Fingleton to resign following disclosures of his bonus and pension arrangements.

An executive, described as being 'international, but known in Ireland,' had agreed a package to take up the role.

A pay rate was agreed in the period after the State guarantee scheme for Irish financial institutions came into operation in September, protecting them from the international storm on the credit markets.

However, newly published guidelines for chief executive pay at banks and building societies covered by the Government's guarantee, capped what Irish Nationwide could offer at €360,000, leading the replacement to change his mind.

According to the source, Mr Fingleton's successor said he was no longer in a position to take up the role. 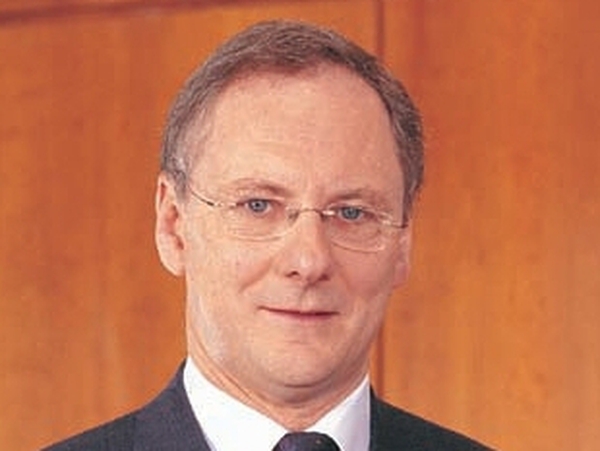