The Government spent over four hours today devising a package of additional spending cuts and taxes in an effort to gain control of the public finances.

Ministers will hold at least three more special Cabinet meetings before they sign off on the final details for next month's supplementary budget.

In an interview with The Week in Politics, Minister for Agriculture Brendan Smith said the total package of cuts and new taxes could be up to €6 billion.

However, Mr Smith later contacted RTÉ to say he had not intended to be specific about figures and that final agreement on the overall package was still to be decided by the Cabinet.

It is only six months since Government ministers last met to draw up a budget but today they were back at Government Buildings trying to agree a range of cutbacks and tax increases.

The record drop in retail sales in January announced this week served to highlight the difficult task ahead for the Government.

Minister for Finance Brian Lenihan has already indicated that tax increases will form part of the April budget.

This week the Taoiseach did not rule out increased borrowing but ministers will also be looking at ways to further cut spending.

The Cabinet will meet again during the week and next weekend as it tries to agree what has been described as one of the toughest ever budgets. 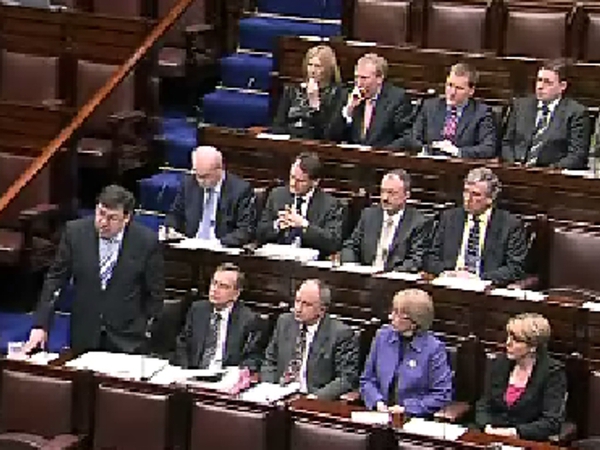