Pope Benedict XVI's denunciation of condom use to prevent the spread of HIV sparked an international outcry on as he toured Africa.

The pope told reporters on his plane as he headed to Cameroon that AIDS ‘cannot be overcome through the distribution of condoms, which even aggravates the problems.’

The solution lies in a ‘spiritual and human awakening’ and ‘friendship for those who suffer,’ said Benedict, who will also visit Angola during the weeklong trip.

The church has long banned the use of condoms and other contraceptives, despite agreement among scientists that consistent and correct use of condoms substantially reduces the spread of HIV.

Michel Kazatchkine, the head of the Global Fund to Fight AIDS, Tuberculosis and Malaria, demanded that the Pope retract the statement, saying ‘these remarks are unacceptable.’

‘It's a denial of the epidemic. And to make these remarks on a continent that unfortunately is a continent where 70% of the people who have AIDS die, it's absolutely unbelievable,’ he told France Inter radio.

The UN programme against AIDS said condoms were an ‘essential part of combination prevention’.

The French and Belgian governments both expressed concern over the Pope's remarks, which they said could harm public health campaigns.

‘While it is not up to us to pass judgment on Church doctrine, we consider that such comments are a threat to public health policies and the duty to protect human life,’ French foreign ministry Eric Chevallier said.

AIDS activists warned the Pope's statement could harm efforts to rein in the disease that has infected 22 million people in Africa - two thirds of the global caseload.

In Angola, where the Pope arrives Friday, activists said Benedict’s message should apply only to church doctrine, not public health. 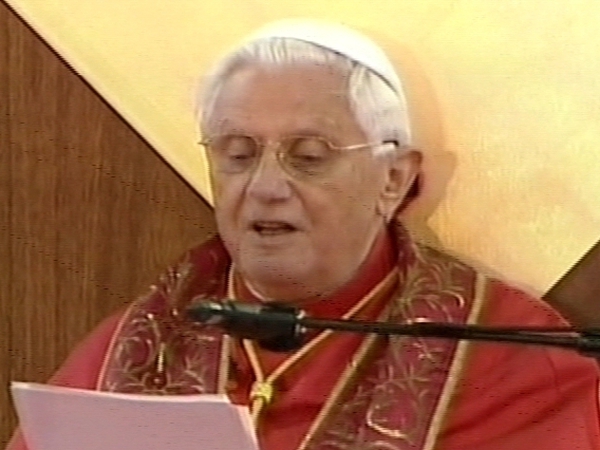