Taoiseach Brian Cowen has begun a three-day visit to the US, which will culminate with a meeting with President Barack Obama to celebrate St Patrick's Day.

Over 100 Irish exporters are accompanying the Taoiseach on this major trade mission to the US.

In New York this morning, Mr Cowen announced contracts worth around $150m (€115m) between US and Irish companies.

At a breakfast meeting in Manhattan, Mr Cowen said that the size of the trade mission, the diversity of sectors it represented, and the calibre of the participating companies, all testify to the continued importance of the US market for Irish industry.

Mr Cowen will fly to Washington later today where he will be guest of honour at the American Ireland Fund Dinner.

He will remain in the US capital for his meeting tomorrow with President Obama in the White House.

The Taoiseach launched a major review yesterday of Ireland-US relations aimed at strengthening the economic and social ties between the two countries.

It is the first significant review of diplomatic relations with the US since the 1930s.

Given the economic difficulties that both Ireland and the US are experiencing, Mr Cowen believes now is the time to re-energise the critical relationship between the two countries.

He made his remarks at a meeting of the American Irish Historical Society in New York.

The event was attended by many of the city's leading Irish-Americans.

Mr Cowen announced the setting up of a new leadership council of all the Irish-American organisations in the US to strengthen the economic and social ties between the two countries. 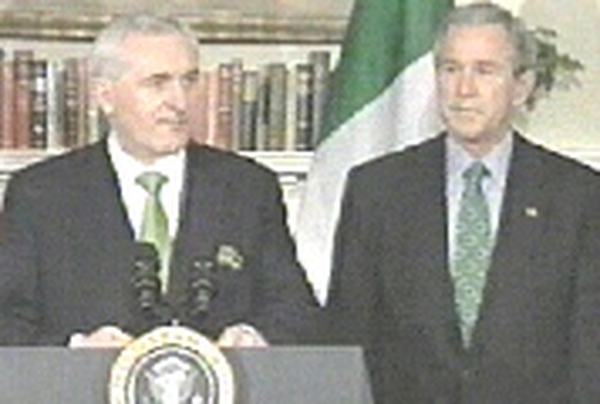