As the Taoiseach prepared for his televised address to the Fianna Fáil Ard Fheis this evening, the scale of the political challenge facing him was underlined by a new opinion poll.

According to the Red C poll in tomorrow's Sunday Business Post, Fianna Fáil has scored its lowest ever rating in a Red C poll, with Labour the big beneficiary.

The four weeks since the last Sunday Business Post poll have been dominated by the angry reaction of public sector workers to the pension levy.

Red C interviewed 1,000 adults around the country between Monday and Wednesday and found support for Fianna Fáil down five points to 23% in those four weeks.

Fine Gael still has the strongest support, at 30%, but the party has dropped three points since last month.

Labour are the big winners - up eight points to 22%, their highest ever Red C score, and just one point behind Fianna Fáil.

After gains last time, the Greens drop two to 6%, while Sinn Féin gain two to 11%. Independents and others are unchanged at 8%. 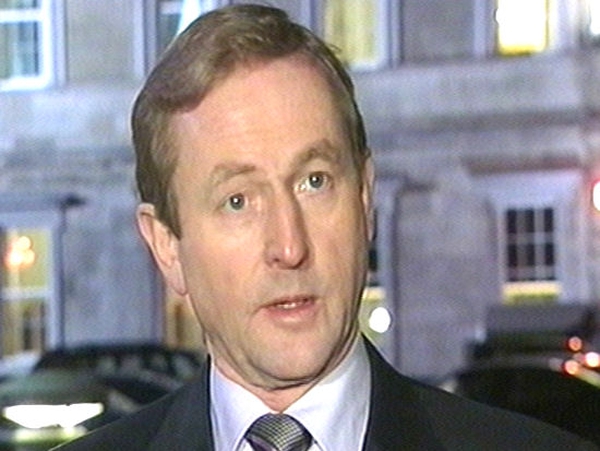