Ryanair chief Michael O’Leary has said the budget airline might start charging passengers for using the toilet while flying.

Mr O’Leary told BBC television: ‘One thing we have looked at in the past and are looking at again is the possibility of maybe putting a coin slot on the toilet door so that people might actually have to spend a pound to spend a penny in future’.

He said this would not inconvenience passengers travelling without cash.

‘I don't think there is anybody in history that has got on board a Ryanair aircraft with less than a pound’, he said.

Mr O'Leary has a reputation as a cost cutter, expanding Ryanair by offering low headline fares and charging extra for items such as additional luggage.

Last week, Ryanair announced it was to shut all check-in desks at airports and have passengers check in online instead.

‘We're all about finding ways of raising discretionary revenue so we can keep lowering the cost of air travel,’ Mr O’Leary said.

However, Ryanair spokesperson Stephen McNamara later said in a statement: 'Michael makes a lot of this stuff up as he goes along and while this has been discussed internally there are no immediate plans to introduce it.' 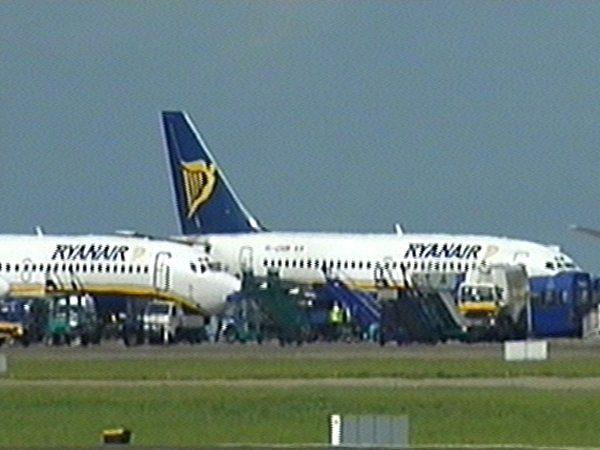