Up to 2,000 members of An Garda Síochána have taken part in a demonstration outside the gates of Leinster House.

The demonstration, which was organised by the Garda Representative Association, is voicing opposition to the Government's public service pension levy.

The GRA is calling for the levy to be abolished and says public servants are not being given a fair deal by the Government.

The President of the GRA Michael O'Boyce said this afternoon that the Government and what he called their cronies in IBEC were crippling the public sector.

The Bill giving effect to the pensions levy and other cost-cutting measures has passed all stages in the Dáil tonight.

The Financial Emergency Measures in the Public Interest Bill passed committee and report stages by 81 votes to 72.

It will be debated in the Seanad on Friday.

An earlier Opposition amendment on an agriculture tax credit was defeated.

During yesterday's debate, Minister for Finance Brian Lenihan was urged to make the levy fairer and more equitable by the Opposition, and by a senior Fianna Fáil backbencher.

Despite protests from unions and the Opposition, the Government had a comfortable ten-vote majority in the Dáil last night on the second stage of the legislation.

The Fine Gael finance spokesman said there is a growing realisation that we are fighting for our economic survival.

Richard Bruton said the Government must wake up to the fact that they were not pursuing sustainable policies.

He said people were moving their deposits because they did not have confidence in the Government and sensed their lack of grasp of the scale of the challenge. 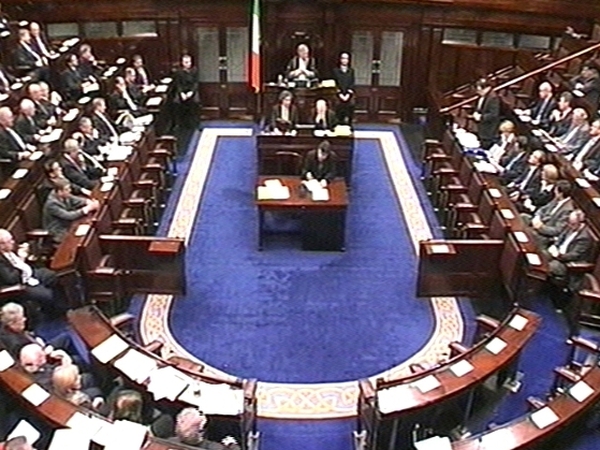