Gardaí attached to the ODCE have ended their search at the Anglo Irish Bank headquarters in St Stephen's Green in Dublin.

A convoy of vehicles drove away from the offices of the bank just before 8pm after almost 11 hours of sifting through potential evidence.

The search teams went into the bank’s offices just after 9am this morning.

They had been granted warrants to search at least three separate office buildings, which form part of the Anglo Irish complex in Dublin city centre.

It was announced tonight that Gary McGann is to step down as Chairman of the Dublin Airport Authority.

When asked last week about a call from Ryanair for him to stand down from the DAA, Mr McGann said: 'I’m appointed by the shareholder. I continue to be chairman of the DAA and life goes on.'

His move tonight follows the unexpected resignation of former Anglo Irish director Anne Heraty from the board of the Irish Stock Exchange last night.

Eight gardaí, a detective inspector, two detective sergeants and five detective gardaí are already assigned to the offices of the Director of Corporate Enforcement and have been investigating the affairs of Anglo Irish Bank.

The Garda Commissioner assigned another eight to assist in the investigation, including another detective inspector and two sergeants. They along with staff from the Director's office are carrying out today's searches.

The Taoiseach has told the Dáil that the investigation into Anglo Irish Bank should be allowed to be conducted, concluded and pursued vigorously in the shortest possible timeframe.

Mr Cowen also said that for operational reasons, the ODCE will not be disclosing what suspected offences under the Companies Act are being investigated.

Finance Minister Brian Lenihan said the Government had been shocked at the revelations about what had been going on in at Anglo Irish.

He said they were committed to getting to the bottom of it and to ensuring the full rigours of the law were applied to anyone who had abused the system.

The Minister said they would fully investigate the loans to Sean FitzPatrick, the Sean Quinn share transaction, and the Irish Life & Permanent deposit arrangement. 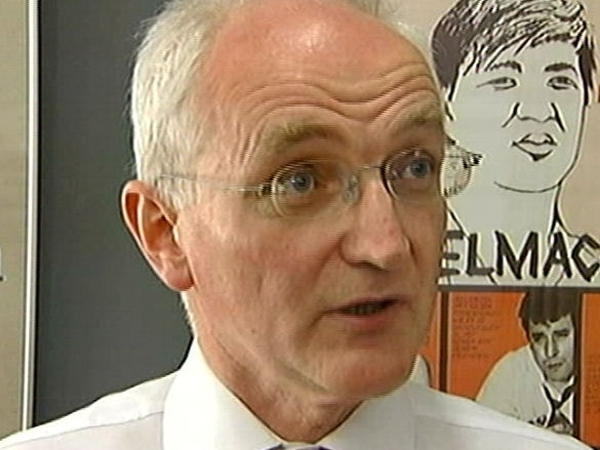