Around 100,000 people gathered in Dublin today to protest over the impact of the economic recession on workers.

The General Secretary of the Irish Congress of Trade Unions, David Begg, told a rally at Merrion Square, that the Government must engage with Congress's plan for the economy.

Mr Begg said said those involved in what he called corruption had done huge damage to Ireland and said their actions were economic treason.

INTO General Secretary John Carr said the demonstration was a vote of no confidence Government's handling of the economic crisis.

He said the march sent a clear message that social partnership must be re-convened to produce a programme for national recovery that will have the support of all citizens.

Delegations from Waterford Crystal and SR Technics led the march, which started at Parnell Square at 2pm.

In a statement this morning, the Government said it recognised that the measures it was taking were difficult and in some cases painful.

The Government also said that an integrated national response to the current crisis was not only desirable but essential.

While the controversial pension levy for public servants has been receiving extensive publicity in recent weeks, ICTU says the march is also about private sector workers hit by unemployment and pay cuts. 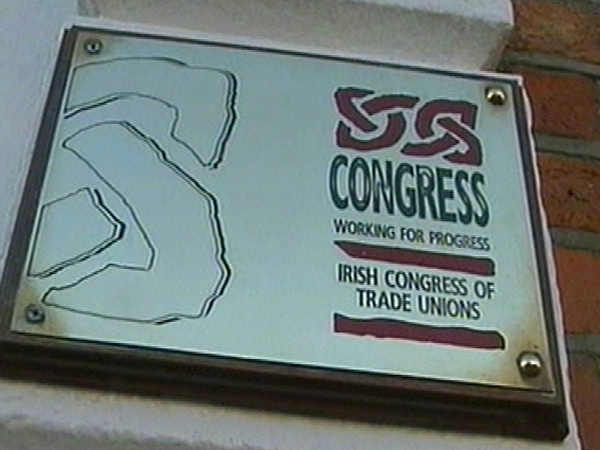