Intel Ireland is to cut between 200 and 300 jobs between now and June, despite its chairman telling RTÉ just three weeks ago 'there’s no immediate danger of job cuts in Ireland.'

The reduction is part of an overall worldwide cost-saving plan.

The company announced last month that it was closing a number of factories around the world and reducing its workforce to 6,000.

However, the company indicated at the time that a further 1,000 jobs were likely to be shed worldwide.

Intel told its workforce in Leixlip today that up to 300 of those jobs were to come from the Irish operation.

It is understood the redundancies will be voluntary.

The Chairman of Intel said last month that the company had no immediate plans to cut jobs or investment in Ireland (watch or read his full interview).

Craig Barrett (left) told RTÉ News that Intel can be competitive in a high-cost environment, such as Ireland or the US, as the company is more sensitive to capital costs than labour costs.

He said the company had recently announced a programme of job cuts at a number of plants, but that no jobs were to go in Ireland.

The company says that the announcement is a clear message that Intel is committed to Ireland and is not closing the site. 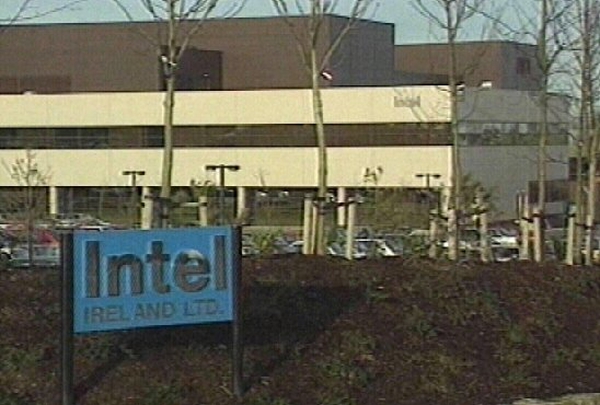