SR Technics is to cease operations in Dublin with the proposed redundancy of 1,135 staff.

According to a notice sent to union officials, formal notice of termination will be sent to employees from 14 March.

In a statement, the group says the recent loss of major contracts and economic forecasts together with the high cost of operating in Ireland means there is no future in Dublin.

The workforce is made up of 1,075 employees and 60 apprentices.

The company says it has carried out a review and assessment of all lines of business across the entire SR Technics group and, as a result, it intends closing its operation at Dublin Airport.

In the statement the company says the decision to close the Dublin facility will have no impact on its operations in Cork.

'We are announcing this deeply regrettable and difficult step only after an exhaustive evaluation of all strategic options for our Group wide operations.

'We are fully aware of the difficult economic and labour market situation in Ireland and the personal implications of a closure for our staff in Dublin,' Chief Executive of SR Technics Bernd Kessler said in a statement.

Unite's William Quiqley said it is extremely bad news for workers who he expects could find themselves out of work within the next month.

The company is now beginning a consultation period with staff.

Tánaiste and Enterprise Minister Mary Coughlan met executives at SR Technics yesterday in a last-ditch attempt to save the Irish wing of the business.

'I met with representatives of the company, who outlined their difficulties and their attempts to explore all options for its Dublin operations, including the sale to another party,' she said.

'Unfortunately, it was not possible to proceed with any of these options.'

Ms Coughlan expressed her regret at the cuts and said State agencies have been asked to step in to help staff.

On RTÉ Radio Minister Ahern said management at the company had told the Tánaiste that the loss of a number of contracts in recent times was really the death knell.

He said the Government would have to see what it could do to try to pick up the pieces and look after the people who will lose their jobs.

Minister Ahern described it as a sad day and a dark day for north Co Dublin.

Separately, Ryanair has announced cuts in its summer schedule at Dublin Airport, saying it will result in the loss of 200 jobs among pilots, cabin crew and engineers. 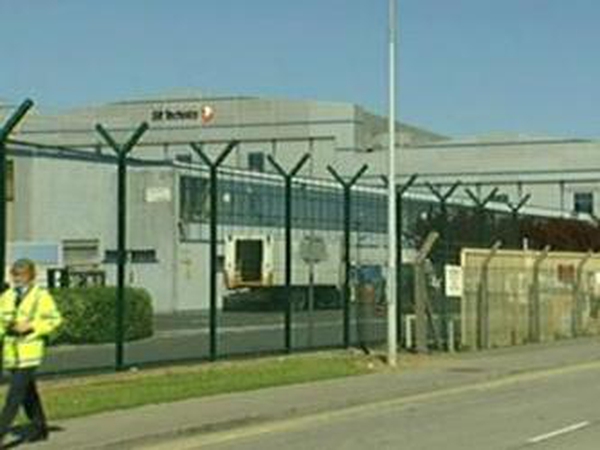