Charlie McCreevy has said the European Commission, global leaders and businesses need to rebuild trust to recover from the current global economic downturn.

The EU Commissioner for Internal Market & Services stressed Ireland was starting from a fairly healthy position and said the debt to GDP ratio is one of the lowest of Europe.

He said the country is caught in the middle of a ‘perfect storm’.

At a small gathering at the Institute of International and European Affairs in Dublin, Commissioner McCreevy also addressed the State bailout of banks.

He warned the imposition of conditions on state bailouts was a short-term political reaction that would stir up protectionism and create new barriers in the internal market.

Mr McCreevy said the EU Commission was working to ensure any national measures taken by EU member states will be in compliance with their EU treaty and international obligations.

He added that government borrowing to finance bank bailouts would result in a massive scale of debt.

The commissioner said the measures to prevent recession turning to depression would put significant upward pressure on government bond yields in the years ahead.

Commissioner McCreevy said governments who are slow to act risk getting trampled all over.

He said it would be inappropriate for him as an EU Commissioner to comment on the policies of any individual state.

Commenting on the possibility of playing a role in the recovery in Ireland following his term as commissioner, he said his current position is his last in the political sphere.

He said he had a long career and an enjoyable one, but when he finishes as commissioner at the end of this year it will be the end of his political career.

The commissioner said he would give advice privately but not publicly.

‘When you move on, you move on, and should leave it to the next people to do what they deem appropriate,’ he said.

The Taoiseach has rejected calls from the Green Party for the scrapping of the Government Jets, saying they were necessary and were only used when appropriate.

Green Party leader John Gormley has suggested in an interview on the party's web-site that ministers should fly Ryanair rather than using the jets.

This was backed in a statement by the party's Senator Deirdre de Burca, who said the jets should be scrapped.

However, the Taoiseach told journalists the aircraft were necessary in the context of a Government doing its business in the modern age, and that they were only used when appropriate. 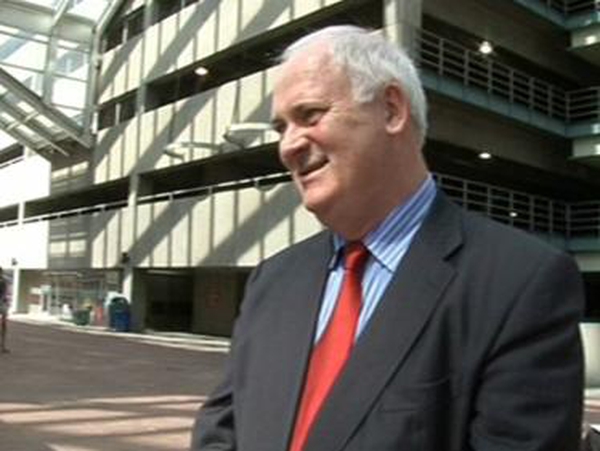