The Dublin Airport Authority says the airport has reopened and flights have resumed after heavy snowfalls this afternoon.

For Arrival/Departure information on your mobile phone - go to Aertel p570 at mobile.rteaertel.ie

The airport reopened at 7.45pm and some flights have arrived and departed.

The DAA says almost half of its flight operation was cancelled by the closure, which amounts to over 200 flights.

The authority says there is no snow forecast tonight and that normal flight operations should resume in the morning.

Passengers are advised to contact their airlines regarding travel plans for tonight.

All Aer Lingus flights due to depart today have been cancelled.

Passengers booked to travel on affected Aer Lingus flights are advised not to come to the airport. It intends to operate a full schedule tomorrow.

Ryanair plans to operate to schedule but says there may be a knock-on effects because it was forced to cancel flights tonight.

Aer Arann says it has had to cancel six flights and divert two others.

The airline says passengers on cancelled flights to or from the UK are being re-booked on to later flights. Those with domestic bookings are being offered surface transport.

Belfast International Airport was operational but some flights were cancelled or delayed.

Passengers are advised to contact their carriers at both airports.

There have been heavy snowfalls in the east and north.

Gardaí have advised motorists to drive with extreme care, particularly on back roads.

Conditions are expected to worsen as temperatures drop tonight.

AA Roadwatch says there is widespread disruption of traffic in many parts of the country. 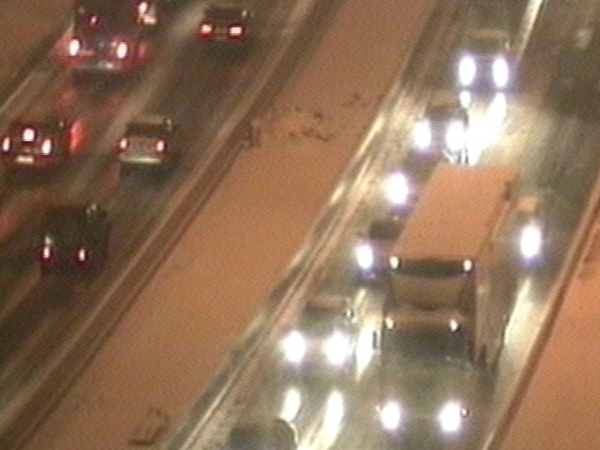