With public spending being slashed some form of third level fees could be introduced.

The Minister for Education, Batt O'Keeffe, is to bring recommendations to Government in April about possible forms of student contributions.

A spokesperson for the Minister O'Keeffe, said: 'In the current economic climate, difficult choices have to be made in prioritising scarse public resources.'

Thousands of students protested in Dublin today against the possible re-introduction of third-level fees.

Gardaí estimate that around 15,000 students were involved in the protest in Dublin city centre this afternoon.

The students marched from Parnell Square to Merrion Square.

The Union of Students in Ireland says Ireland should be investing more, not less, in education in the current economic climate. 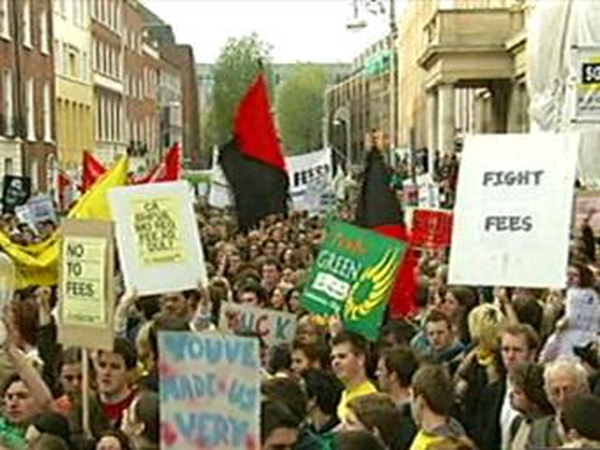